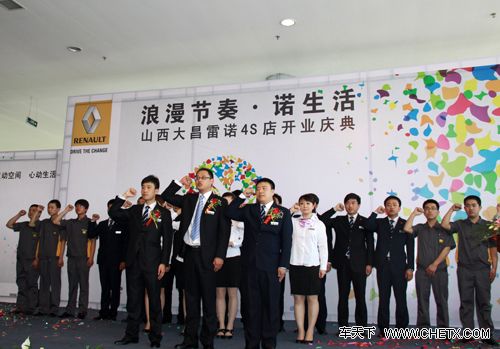 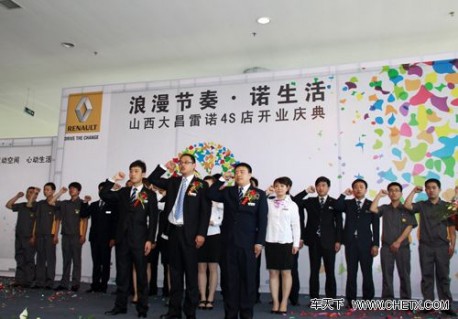 The only top 10 international automaker without production in China, Renault is now in the final stages of forming a joint venture with Chinese partner Dongfeng Motor Corp to make vehicles under its nameplate.

Some details of the plan were released online last month by the provincial government of Hubei, home to the future joint venture plant, to solicit public opinion on possible environmental impacts, a routine assessment before any construction project is approved.

The planned 7.2 billion yuan Dongfeng-Renault facility will have an annual capacity of 150,000 cars and engines in Wuhan, capital of Hubei province, according to the online notice.

After passing environmental assessment, the project will still need final approval from the National Development and Reform Commission, the nation’s top economic planner.

The company previously told the media that it expects to resume production in China before 2016.

Despite the apparent late start, Renault was actually among the first international automakers to come to China.

In 1993 it established a joint venture with Sanjiang Aerospace Group in Xiaogan, Hubei province. Renault had a 45 percent stake in the partnership, with Sanjiang holding 55 percent.

The venture began assembling Renault’s Traffic wagon and Espace MPV in 1995, but sales were sluggish and the plant halted production in 2004.

According to media reports at the time, disagreements between Sanjiang and Renault led to the failure.

After eight years of talks, a Renault-Dongfeng agreement

Even after the partnership was operating for years, Renault insisted in using imported engines, which made its vehicles uncompetitive in price compared to other locally produced joint venture vehicles, said the reports.

The idea to form a new joint venture with Dongfeng began in 2004.

Renault already has a relationship with the carmaker through a strategic alliance forged with Nissan in 1999 that was followed by the Japanese carmaker’s joint venture with Dongfeng in 2003.

Yet marathon talks between Renault and Dongfeng lasted more than eight years as both partners found it hard to reach agreement on a range of issues including the plant’s location and how to restructure the failed joint venture with Sanjiang.

The French company gave up its share in the previous partnership in 2011. The latest consensus is that Sanjiang Renault will now give its production license to Dongfeng Renault and become a parts supplier to the new joint venture.

The production site was finally settled in Wuhan, the home base of Dongfeng, despite a push by Renault to build the plant in Guangzhou, home to the biggest passenger car production facilities of the joint venture between Dongfeng and Nissan.

Analysts said the model most likely to be first produced at Dongfeng Renault is the Koleos SUV, which now accounts for more than 80 percent of Renault’s imports to China.

With the European car market continuing to stagnate, emerging markets like China will play a much more important role in Renault’s global strategy, analysts said.

The company released a plan in the middle of last year to import six new models to China before 2015 to further boost sales and raise brand awareness.

It also expects to double its sales network to 200 dealerships by 2015.

Dongfeng Motor Corp is China’s second-largest carmaker in annual sales volume. When the new Renault deal finalized, it will have the most overseas partners among all domestic counterparts.