Production of the facelifted Hyundai Tucson has started in China 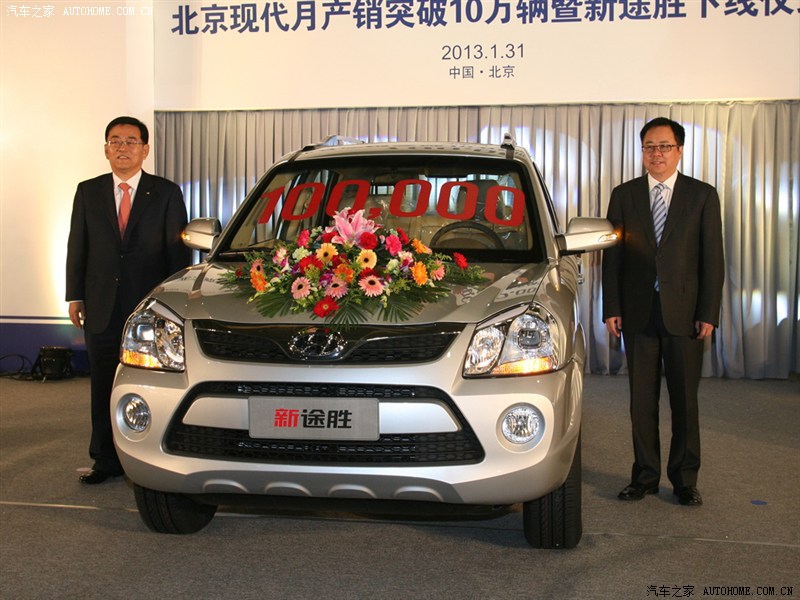 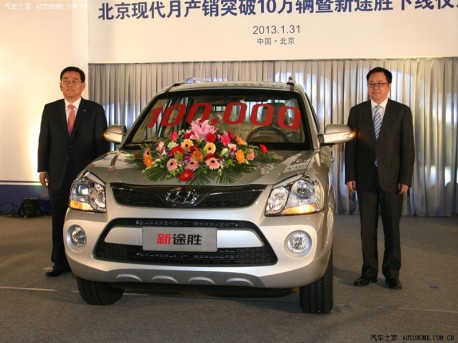 Last week we had the very first pictures of the facelifted first generation Hyundai Tucson. The Beijing-Hyundai joint venture officially announced production has now started, and they were kind enough to release one picture.

The facelifted Hyundai Tucson will be launched on the Chinese car market next month. At the same ceremony the joint venture also celebrated they made more than 100.000 cars in January, the first time ever they broke the 100.000 a month-barrier. Via Autohome.