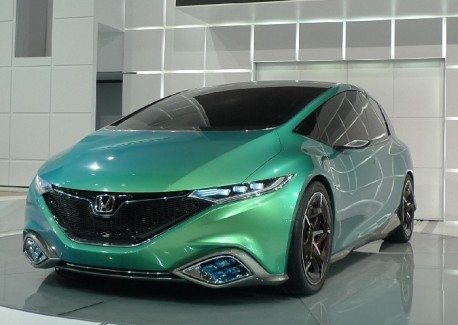 Honda will introduce three models catering to the China market with partner Dongfeng Motor by 2015 in a bid to regain market share lost after tensions escalated over a Sino-Japanese territorial row.

The new products are part of the automaker’s drive to almost double sales by 2015, and will include a global model to be first introduced in China and two country-specific cars, Chen Binbo, executive vice president of Dongfeng Honda, said in an interview in Wuhan, China.

Honda is betting more China-oriented models will help win back customers in the world’s largest vehicle market, after demand slumped by a record in the quarter ended December as consumers shunned Japanese brands following a dispute between the two countries over ownership of some islands. The backlash sent the market share for Japanese car brands plummeting to about 9 percent in October, or less than half the full-year average in 2011, data from China’s auto association show.

“It will take Japanese carmakers at least three years to recover the market share of about 23, 24 percent during the best times,” Chen said. “To achieve this, all Japanese carmakers should work hard to speed up the introduction of new products and to better understand customers’ needs.”

Honda will also begin to produce and sell the Concept-S, a wagon-like model first unveiled at the 2012 Beijing auto show, in the second half of this year, Chen said.

Japan’s third-largest automaker will also upgrade powertrain systems in China within two to three years to include direct injection technologies and turbochargers, he said. Details will be announced at the Shanghai auto show in April.
Sales Slump

“It’s the right decision to introduce more models that cater to Chinese needs,” Lin Huaibin, an analyst with researcher IHS Automotive in Shanghai. “One of the reasons why Japanese brands have lost ground in recent years is because they have been slower to embrace Chinese tastes.”

Honda deliveries in China fell a record 32 percent in the October-to-December period, based on company statements dating back to 2006, to cap a 3 percent drop in full-year sales.

Dongfeng Honda, based in Wuhan in central China’s Hubei province, is the only Japanese joint venture that saw an increase in sales last year, helped by the revamped CR-V, Honda’s best-seller in China, and Civic compacts.

“The CR-V managed to achieve almost the same sales as Tiguan of VW last year even as there was anti-Japanese sentiment among consumers,” Yasuhide Mizuno, Dongfeng Honda’s president, said in a separate interview. “I’m sure the CR-V will regain pole position in the mid-range to high-end SUV category this year.”
Elysion Minivan

Dongfeng Honda is renewing marketing of the Elysion minivan this year, following the anti-Japanese protests that hurt sales soon after its introduction in 2012, Mizuno said.

“There’s a lot of pressure, as we only have three years to almost double our sales,” Chen said.

Honda has another joint venture in China with Guangzhou Automobile.