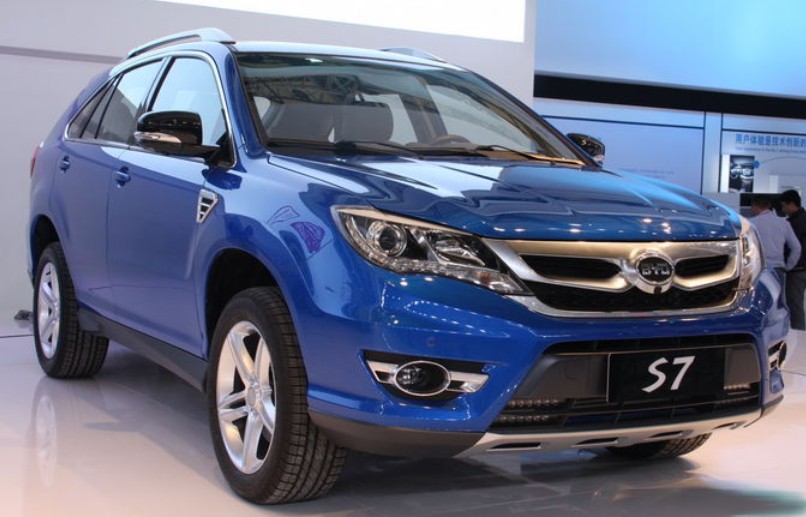 The new BYD S7 SUV debuted today at the Shanghai Auto Show, it will be launched on the Chinese car market later this year. The BYD S7 is a more luxurious and powerful version of the BYD S6. I comes with a different front, different rear, different engine and a more premium interior. 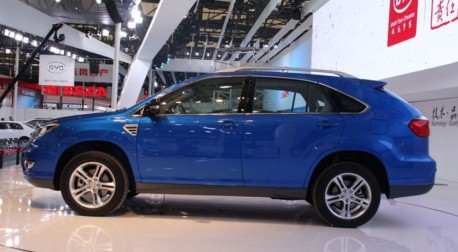 Little air-vent under the mirror is only-S7 too. Roof rails are in chrome, while they are plastic-black on the S6. The BYD S7 will is powered by a brand-new BYD-developed 2.0 turbo with 207hp and 350nm, mated to a 6-speed DCT. The S6 is only available with rather old 2.0 and 2.4 liter engines. The new power plant will make the S7 certainly attractive, if BYD can keep the price down. There will be no electric of hybrid powertrains available. 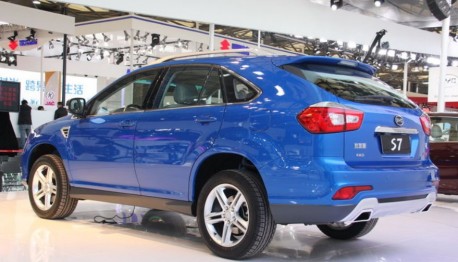 Rear light differ from S6. Biggest difference however is the huge chrome bar on and under the bumper. Chrome looks expensive and is thus good. Price of the BYD S6 ranges from 89.800 to 129.800 yuan, price for the S7 will start around 150.000 yuan. BYD didn’t allow the doors to be opened, so for now we will have to stick with this sketch. 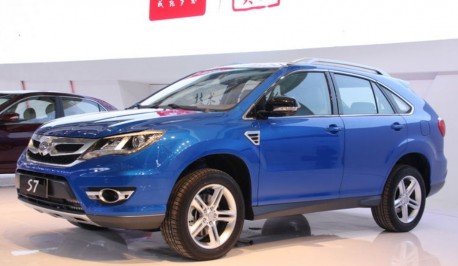