Dongfeng to invest $2.5 billion in R&D 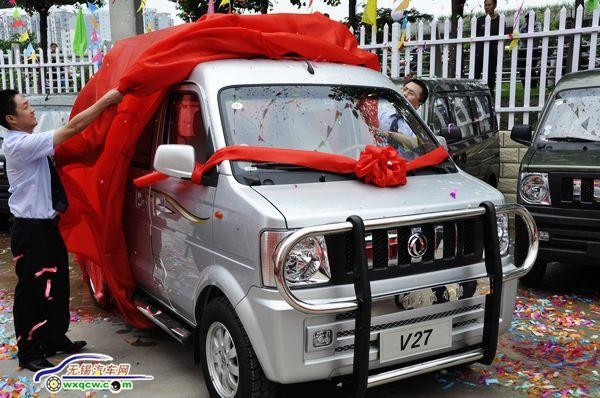 China’s second-biggest auto group Dongfeng Motor Corp plans to invest heavily in its newly restructured passenger vehicle brand over the next couple of years. The partner of PSA Peugeot Citroen, Nissan, Honda and Kia said it will spend 15.65 billion yuan in research and development on its own passenger vehicle unit from 2013 to 2020.

Under the umbrella brand of its own passenger car unit Dongfeng, it has three subordinate nameplates, the Fengshen, Fengxing and Fengdu.

According to Li Chunrong, deputy-general manager of Dongfeng’s passenger vehicle unit, the brand’s slogan is “advancement with pride” and has core values of “fashion, technology, family care and trust”.

“We will create other new (subordinate) nameplates in the future,” Li said, without providing details.

Fang Chi, director of the group’s technical center, said Dongfeng will employ international technologies to develop and launch at least two to three new passenger vehicle models annually in the years to 2020.

The lineup will range from subcompact, compact and mid-sized cars to large sedans, SUVs and MPVs.

The group has set up several centers for different aspects of research and development in Europe, the United States and Japan to back the Dongfeng passenger vehicle brand, Fang said.

The subordinate marque Fengshen is based in Wuhan and now has a plant with an annual production capacity of 120,000 vehicles. It produces four subcompact, compact and SUV models. It will also launch several new-energy models either powered by electricity or compressed natural gas.

During the Shanghai auto show, the Fengdu launched a 1.5-liter CDV that retails at 63,800 yuan.

The Fengxing has a plant in Liuzhou in Guangxi Zhuang autonomous region. Currently its main products are MPVs. The nameplate will launch sedans and SUVs next year. It aims to almost double annual sales to 200,000 units by 2017.

Dongfeng is also eyeing international markets for its passenger vehicles. The Fengshen began sales abroad this year and aims to boost overseas delivers to 90,000 units by 2016.

The group also expects to grow sales of its light, medium and heavy-duty trucks to 1 million units by 2016, when it also plans to sell 1 million micro-vans.