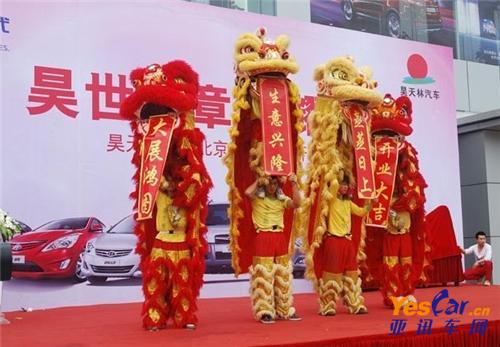 South Korea’s Hyundai Motor Co is considering building a fourth car plant in China, its vice chairman said on Friday, as it seeks to increase production overseas to counter the effect of a firm local currency coupled with a falling yen as well as labor issues.

The comments from Hsueh Yung-hsing might a indicate change in the group’s attitude toward capacity expansion, but it is not clear whether group chairman Chung Mong-koo will approve the move because of his disciplined capacity approach, said a person familiar with the matter.

“We expect our capacity in China to become constrained by 2015 and 2016…and are considering a plant with a capacity of 300,000,” Hsueh Yung-hsing told reporters, adding western China is a candidate location for the new plant.

Hsueh, who is in charge of the China operations for Hyundai and its affiliate, Kia Motors Corp, said a new plant is needed for the South Korean duo to maintain their Chinese market share of around 10 percent in 2015-2016 when the world’s biggest auto market is expected to grow to 20 million vehicles a year.

He also said the construction of a third China auto plant by Kia Motors would be brought forward by two months and would be completed in February 2014, which will lead to a total manufacturing capacity of 1.8 million vehicles in China for Hyundai and Kia.

Hyundai and Kia officials still assume the effective ban Chung placed on a new factory globally will remain intact at least for a while, a person close to the matter told Reuters on Friday.

Shares in Hyundai ended down 2.3 percent and Kia Motors fell 3.3 percent on Friday after the US dollar broke through 100 yen, fueling concerns about competitive disadvantage to South Korean automakers.

US expansion on hold

While Hyundai and Kia have been adding capacity in recent years in China – Hyundai started production at its third China plant last year – the South Korean duo is very cautious in building a new factory in the United States.

“Because of currency risks, we have been considering plants in the US, South America, Southeast Asia and elsewhere,” a top group executive told Reuters on Friday. “We have been long considering a US plant in Alabama or Georgia, but we are taking a wait-and-see attitude. It’s fair to say the possible plant is on hold,” he said.

He cited rising competition and uncertain market outlook as reasons for a measured growth policy in a key market where the duo has achieved fast growth in recent years.

“Salespeople are calling for us to expand US capacity, but it costs lots of money to build a single factory and if the market goes wrong, it will be big trouble. So we have no choice but to be careful,” the executive said.

Chung also said on Monday that Hyundai and Kia do not immediately plan to build a new car factory in the United States, downplaying speculation that the South Korean automaker would soon announce production facilities there.