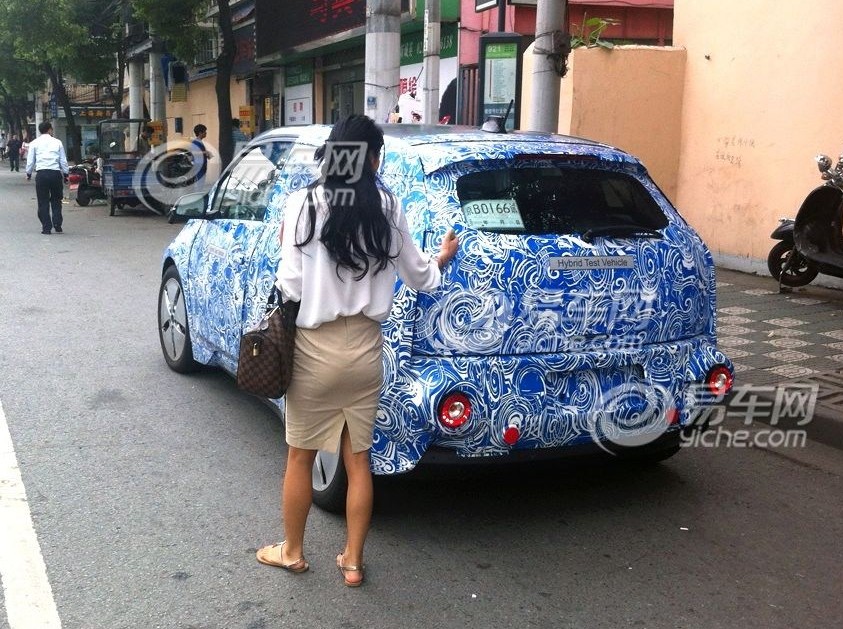 Spy shots showing the BMW i3 testing in China, looking very hippie in a blue psychedelic wrap. A sweet Chinese girl is inspecting the temporarily license plate behind the rear window, which is interesting indeed because it was issued in Beijing but the vehicle was seen in Shanghai.  Did the i3 drove all the way from city to city, a distance of at least 1200 km? 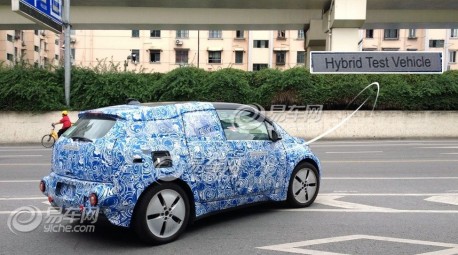 We guess it went by plane. The test car has badges on the back and front doors, saying ‘Hybrid Test Vehicle’, as if it wants to be seen. The production version of the i3 will debut in September on the Frankfurt Auto Show, China-debut is expected for the Guangzhou Auto Show in late November. 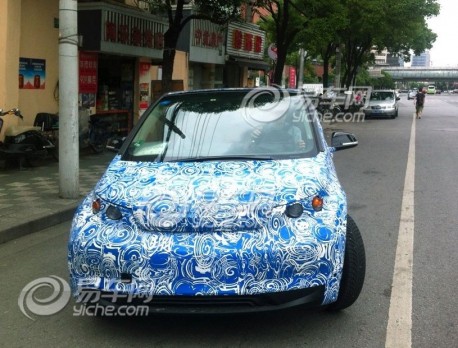 The base electric BMW i3 will be powered by a 170hp electric motor. The vehicle seen in Shanghai is the hybrid variant with the electric motor mated to a range extending 0.6 liter two-cylinder gasoline engine, which is used to charge the battery. The hybrid will have a range of about 300km.