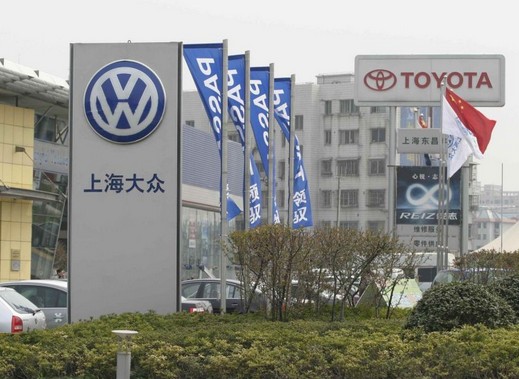 Eight more cities in China are likely to announce policies this year curbing the purchase of vehicles for private use, as worries about pollution and traffic congestion rise around the country, an official from the China Association of Automobile Manufacturers said on Wednesday.

He said that such restrictions might cut vehicle sales by 400,000 units, equivalent to 2 percent of total domestic sales, and have a “certain impact” on China’s economic growth.

On June 18, the government of Shijiazhuang, Hebei province’s capital 300 km southwest of Beijing, said on its website that it will bar local households from buying a third car starting at the end of this year. It will also introduce a lottery for license plates starting in 2015.

To ease traffic, the city will introduce an odd-even license plate system for car use. The government aims to keep the city’s car population, now standing at 1.9 million, below 2.1 million units by the end of 2015.

The government of Xi’an, Shaanxi province, raised the possibility of restricting vehicles in August 2012, though no detailed plans have been announced or implemented.

“As more cities join Beijing and Shanghai in restricting vehicle purchases, China’s automobile sales will fluctuate in the short term, and growth will be challenged,” said Su Hui, an official with the China Automobile Dealers Association. “Moreover, domestic brands will suffer in more cities and lose more market share, while the joint venture and high-end models see a limited impact,” he added.

Rao Da, secretary-general of the China Passenger Car Association, said that environmental and traffic problems should not be attributed specifically to the increasing number of vehicles. “People’s driving habits, as well as each city’s road and infrastructure planning, should bear more responsibility,” said Rao.

CAAM also said that in the first half, China’s total automobile production and sales both passed the 10-million-unit barrier, with stable year-on-year growth of more than 12 percent, outstripping forecasts.

The positive increase was greatly driven by rapid growth in the passenger vehicle sector, said the association.

In the first half, 8.66 million passenger vehicles were delivered, up 13.8 percent from a year earlier, according to CAAM. The sport utility vehicle segment maintained its leadership in the market with year-on-year growth of more than 40 percent.

However, Dong Yang, general-secretary of CAAM, said that although the first-half market performance far exceeded the association’s forecast, “we retain our expectation of 7 percent annual growth for 2013, with overall sales of 20.8 million units, as there are still many uncertainties in the market for the second half”.