Spy shots showing the facelifted 2014 BMW X3 testing in China. The facelift includes changes at the bumpers, the lights and the mirrors. The 2014 BMW X3 will debut internationally in early 2014, China-debut is expected for the Beijing Auto Show in April 2014. 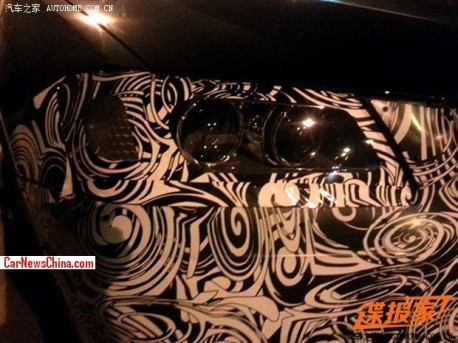 The BMW X3 is currently imported into China. Price starts at 523.000 yuan and ends at 725.000 yuan. Sales are slow because of the high price. The X3 would be a logical choice to make locally at the Brilliance-BMW joint venture but BMW does not have any plans to do so at the moment. The imported X3 is available as xDrive20i, xDrive28i and xDrive35i. 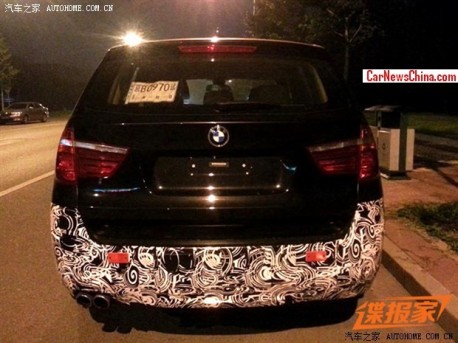 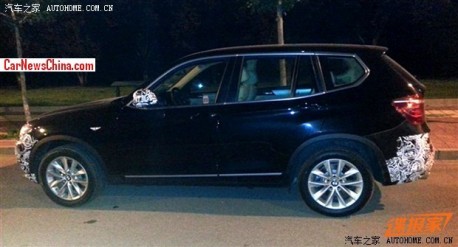