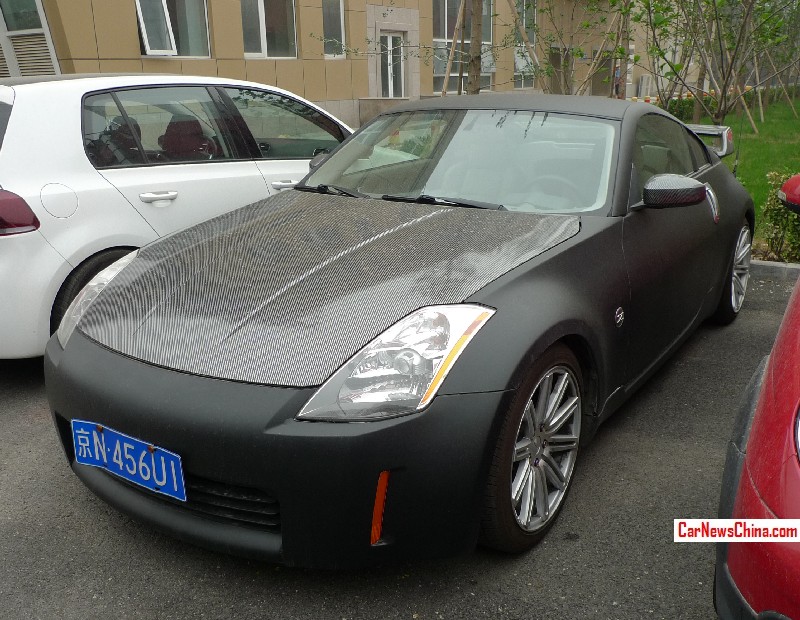 A stealthy Nissan 350Z sportsmachine, seen on the Beijing Tuning Street in Beijing. The good vehicle has been wrapped in matte black & carbon fiber. The Zed is further sexed up by a giant carbon-fiber wrapped wing, blue sport exhaust pipes, and shiny 10-spoke alloys. The license plate reads 456UI, likely referring to the Ferrari 456. 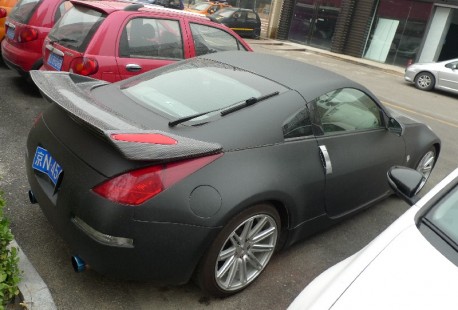 The Nissan 350Z was made from 2002 until 2008, it was never officially exported to China but some examples arrived via the gray market. Note how the license plate area is far too small for the Chinese license plate, indicating this is a US-spec car.

The Nissan 350Z was powered by a 3.5 liter V6 with 300hp and 353nm, but this matte black & carbon fiber speedmachine likely has a few horses more…

We met a few other fine 350Zeds before: at karaoke, green alloys, bluegreen, Bling Roadster, and an orange Nismo.