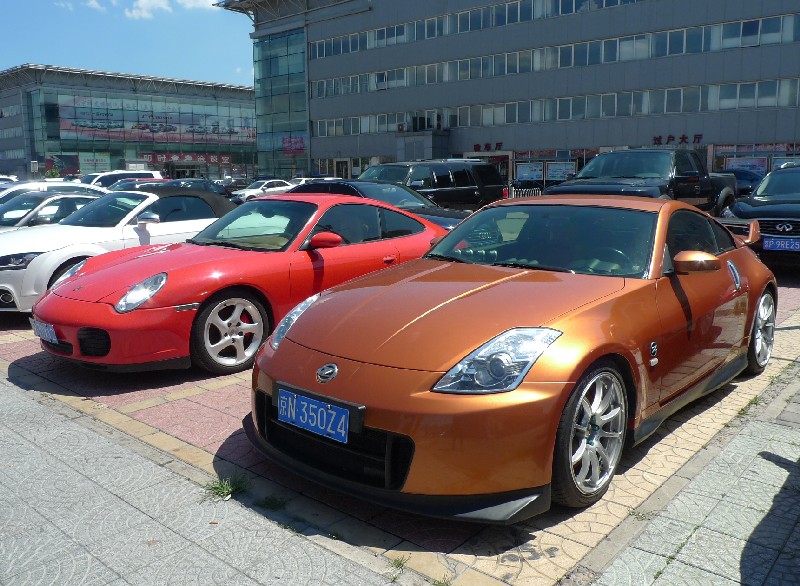 Here we have a fine couple, seen on a second hand car market in Beijing. On the left a pink-ish 996 Porsche 911 Carrera 4S, and on the left a very Nismo Nissan 350Z. German boringness versus Japanese kitch, where the Porsche is made slightly more exciting by pink and the Nissan even more kitchy by Nismo. The mind says the 911, but the heart screams for the crazy 350Z… 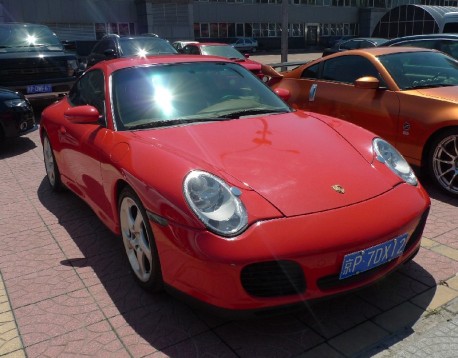 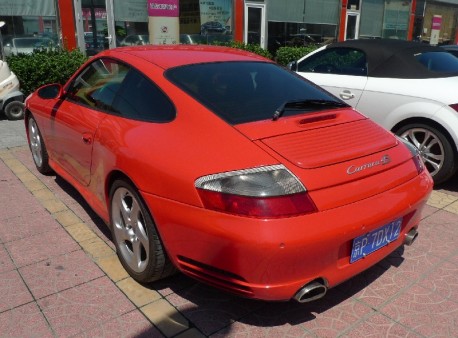 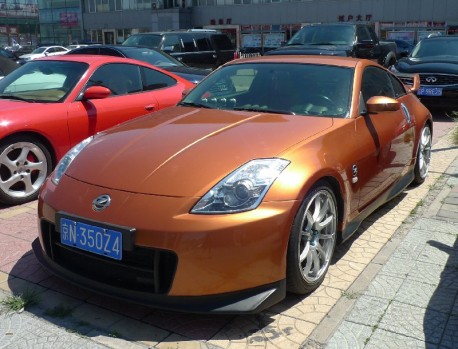 Porsche is fun but this is a car! Check the brilliant license plate. Nismo package included a lotta extra wings and spoilers, huge tires and racy alloys. Wadda thing… The Nissan 350Z, ka Fairlady Z, was made from 2003 until 2008. The official Nismo 350Z was made from 2007 until 2008 and was only sold in Japan and the USA. The 350Z was never officially exported to China so this example likely arrived gray via a US dealer. Horse power was unchanged, 306hp from the big 3.5 V6. 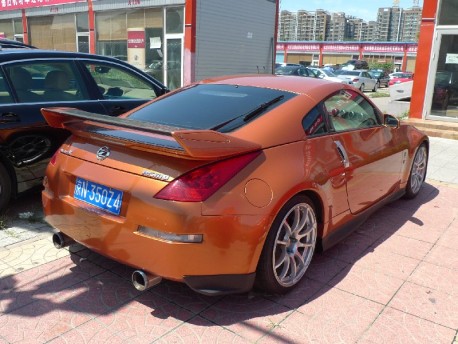 Yup, for me the Nissan it will be.