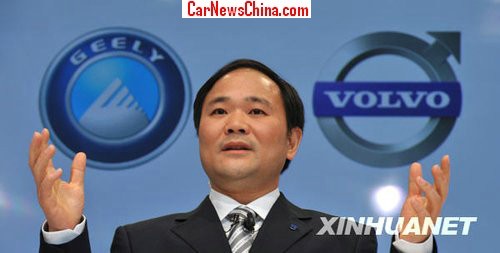 Geely & Volvo chairman Li Shufu has told Chinese media that Volvo will develop a new S100 flagship to compete with the Audi A8, BMW 7-Series and Mercedes-Benz S-Class. The S100 will be based on a stretched variant of the platform of the next generation Volvo S80. It will be made in China in the new Volvo-factory in Chengdu, whether it will be exported to other countries is yet undecided.

The S100 will be a stand-alone vehicle, larger and more luxurious than the new S80, and thus in another league than the current China-made Volvo S80L. Li Shufu didn’t say anything on engines, which is where a problem might arise.

Volvo recently announced it will only make four-cylinder engines in the future, and ditch the 5 and 6. The Yamaha-sourced V8 has been ditched already. The strongest turbocharged variant will have about 400hp. However, image is still very important in the top-end sedan market, and a four-pot just isn’t good enough, no matter how high-tech and powerful.

What is Li going to do about that? We’ll keep you posted on further developments…