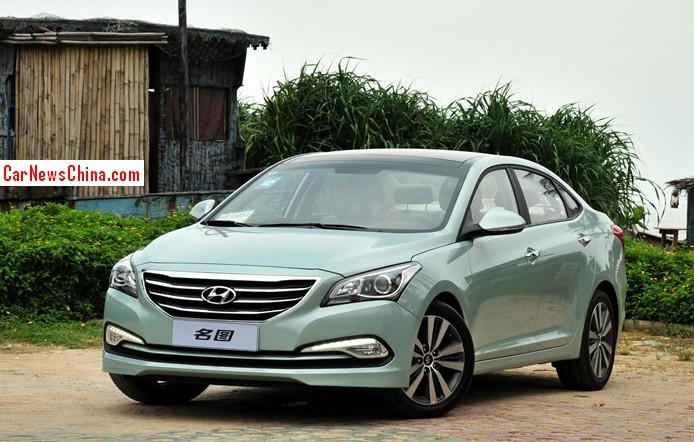 This is the brand new China-only Hyundai Mistra sedan, seen here in a very softywofty green-kinda color. The Hyundai Mistra will be launched on the China car market on November 23 during the Guangzhou Auto Show, price will range from 130.000 to 180.000 yuan. The Hyundai Mistra is made in China by the Beijing-Hyundai joint venture. 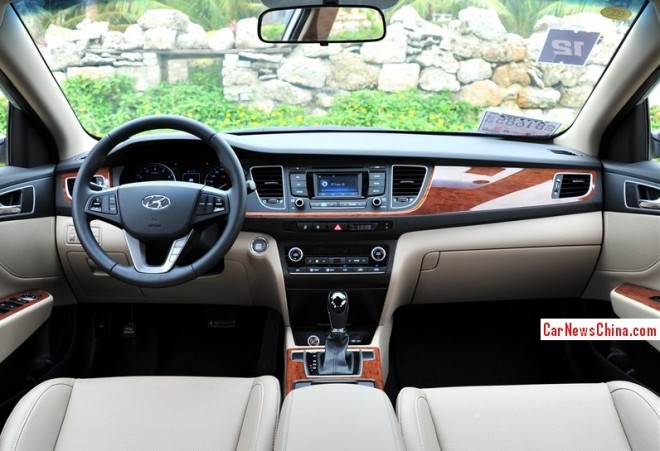 Wood is always good. Wood making a comeback in mid-sized sedans in China. There was a lot of wood in the early 00’s. Then most wood disappeared for alu-stuff and fancy plastics, but lately we see many cars with wood again. 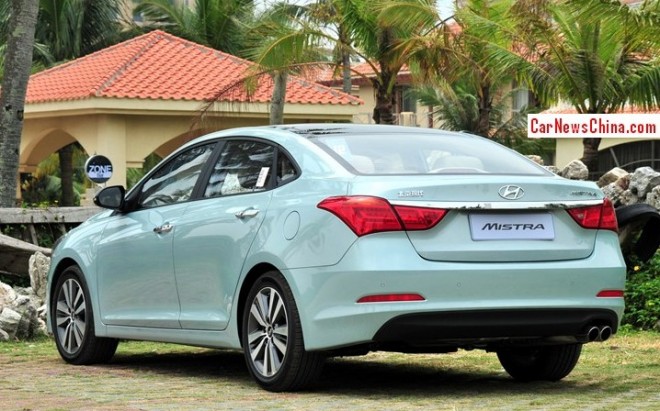 Double exhaust pipe on the right for a hint of sporty on an otherwise not sporty car. 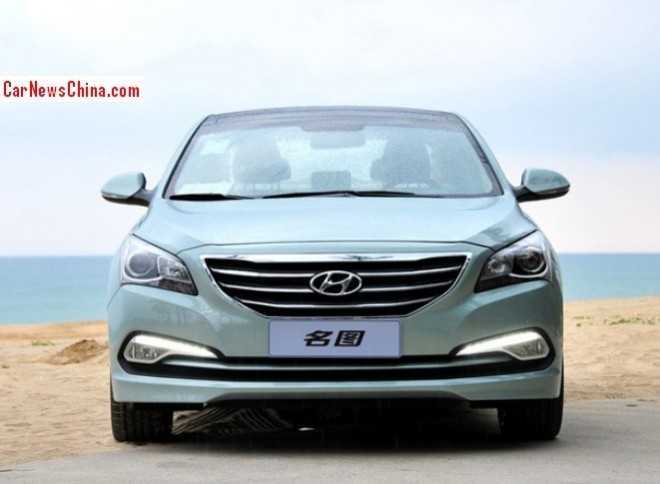 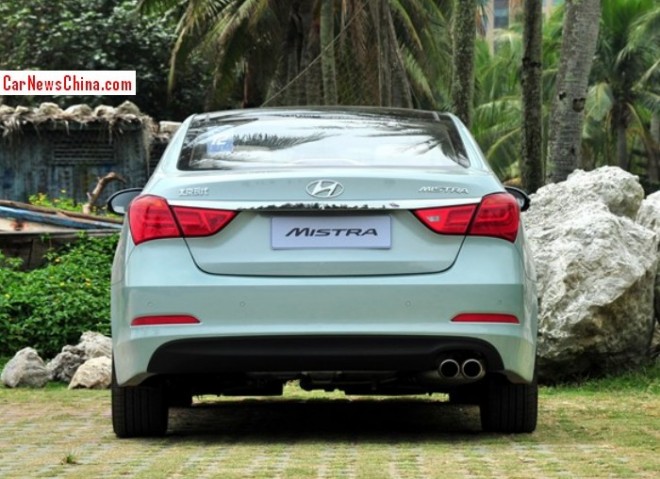