Spy Shots: Chery Tiggo 5 seen Naked from all Sides in the Factory in China 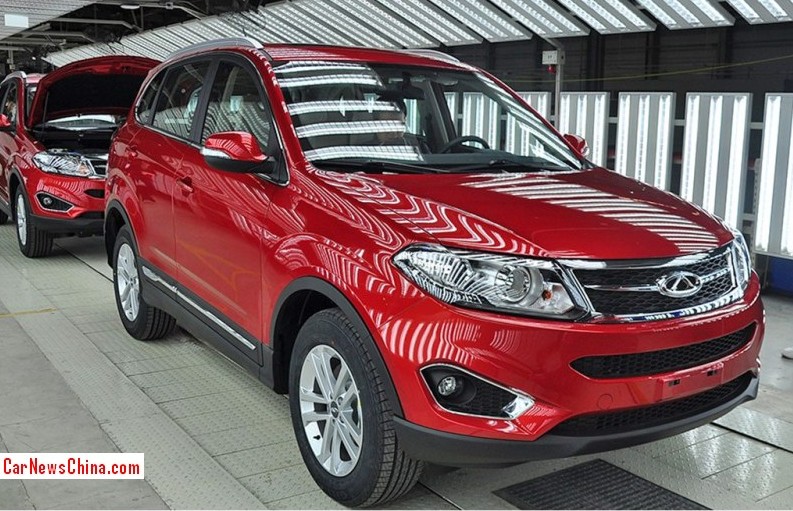 The latest spy shot of the new Chery Tiggo 5 SUV, straight from the factory floor where mass production has started. The Chery Tiggo 5 will officially debut on the Guangzhou Auto Show in late November and it will be launched on the China car market around the same time. Last week we saw the first official pics of the Tiggo 5, showing the trendy SUV only in boring brown. It looks much better in red. 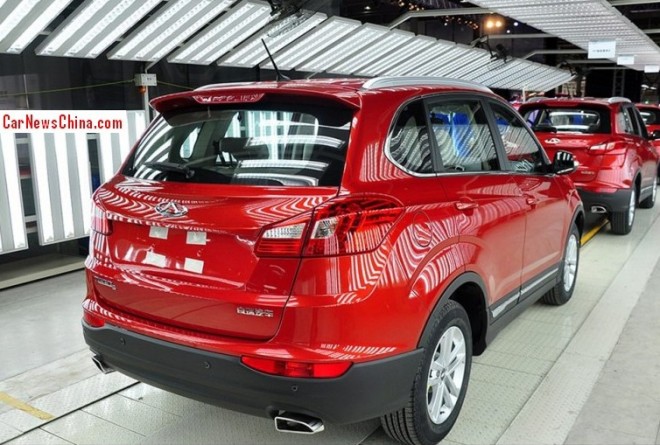 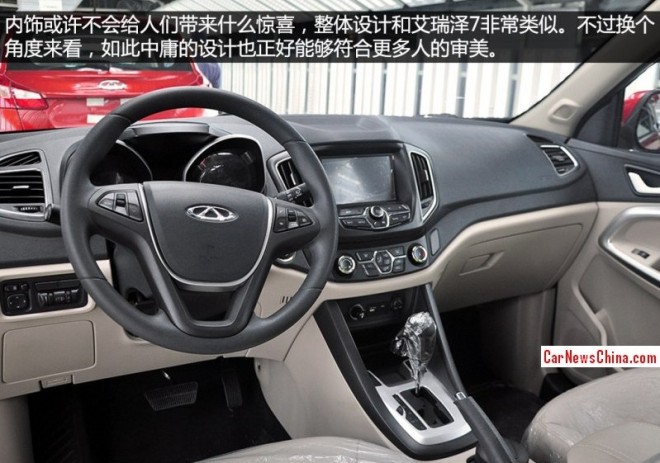 Beige and gray interior not as inspiring as red exterior, but it all looks neat enough. Dials very sporty. Screen very big. CVT gearbox here. The Tiggo 5 will compete in a hyper competitive market with more than 30 cars from different brands fighting for the fat Chinese wallets.

The 5 sits a bit lower than TIGGO, we bet that is meant to be hip. 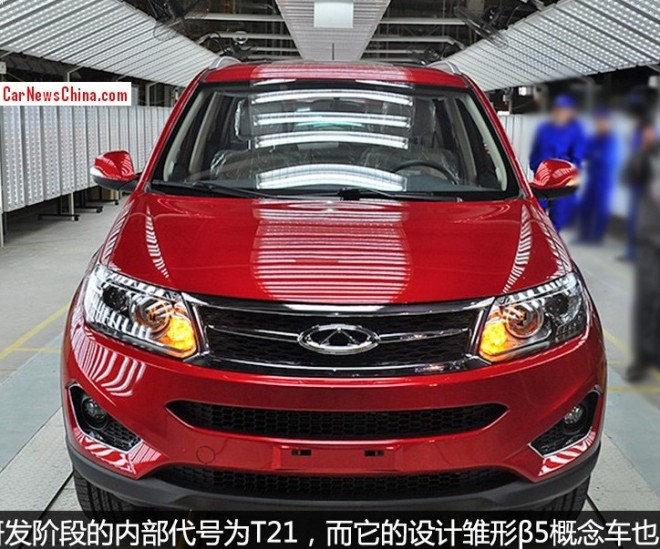 New Chery logo. Not too much chrome. Chery workers are a blurred bunch. 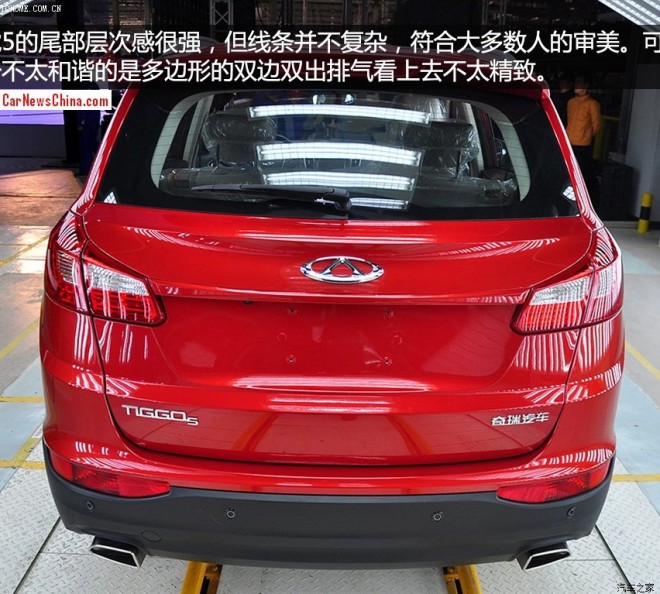