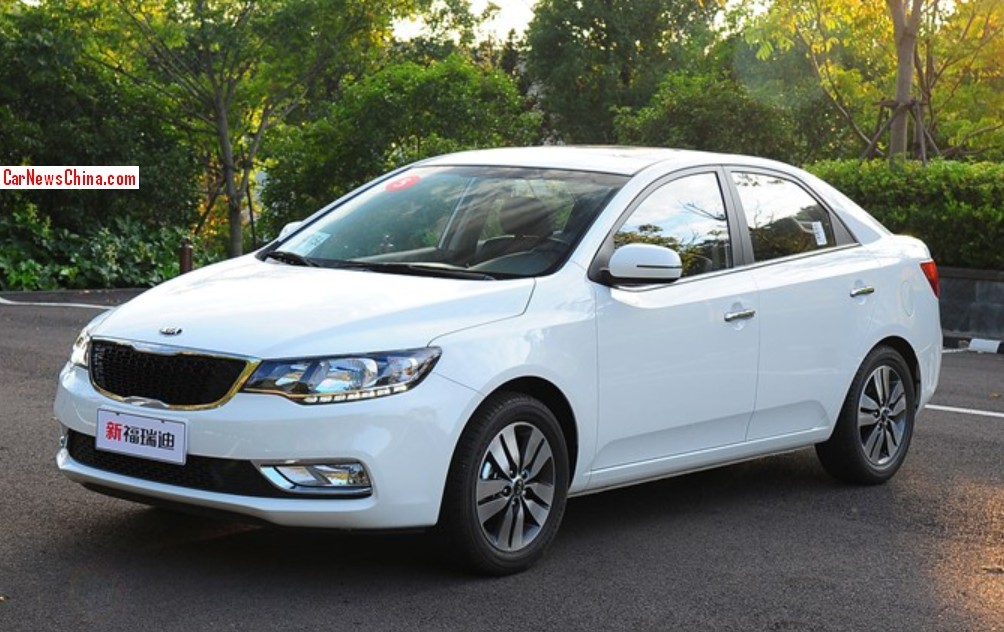 This is the facelifted 2014 Kia Forte sedan. The facelifted Kia Forte will debut on the Guangzhou Auto Show late this month and will be launched on the China car market around the same time. The facelift includes a new grille, new head lights, net bumpers, and an updated interior. 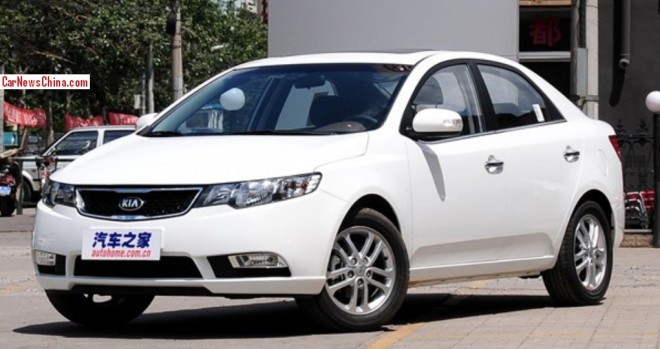 The outgoing Kia Forte sedan, made in China by the Dongfeng-Yueda-Kia joint venture. Production of the Forte in China continued after the arrival of the Kia K3, and continues yet again for at least another two years with the facelifted Forte. Price of the current Forte starts at 98.800 yuan and ends at 122.800 yuan. Lone engine is a 1.6 petrol with 123hp, mated to a 5-speed manual or 4-speed automatic. Engine and transmissions will continue in the facelifted Kia K4 and price will be about the same. 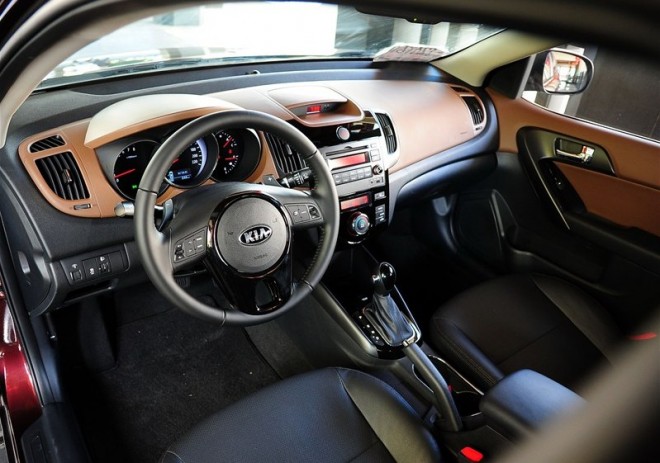 The car on the pics is the new top-spec Kia Forte R. It comes with shift paddles on the steering wheel, like in racing car, but the paddles are really just connected to the four-speed auto.The auto has the standard auto-mode and a new manual-mode for the paddles. Chinese media say the whole set-up is not very satisfactory and rather useless, and we tend to agree. New color scheme rather happy but dash is otherwise showing its age. 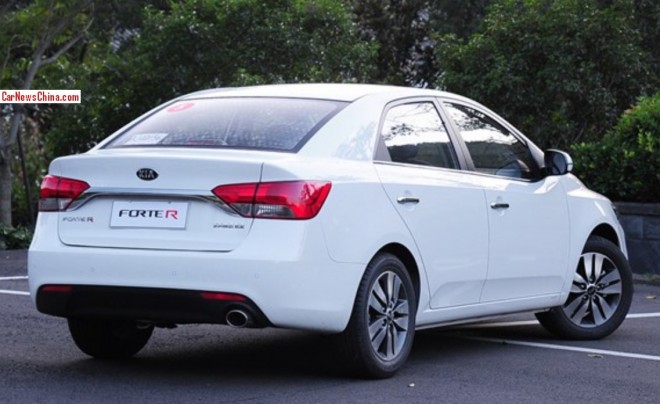 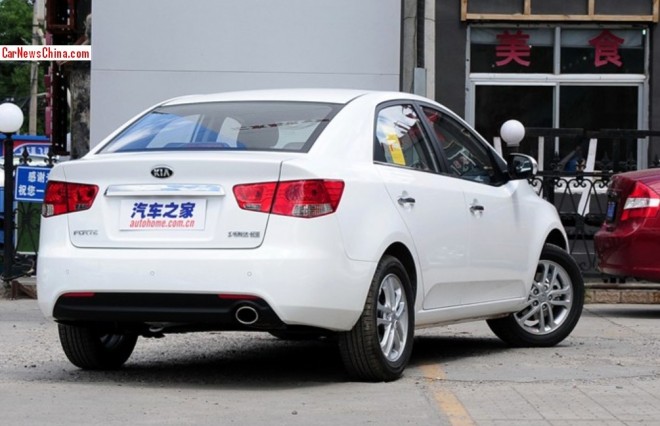