MG5 Turbo is Ready for the China car market 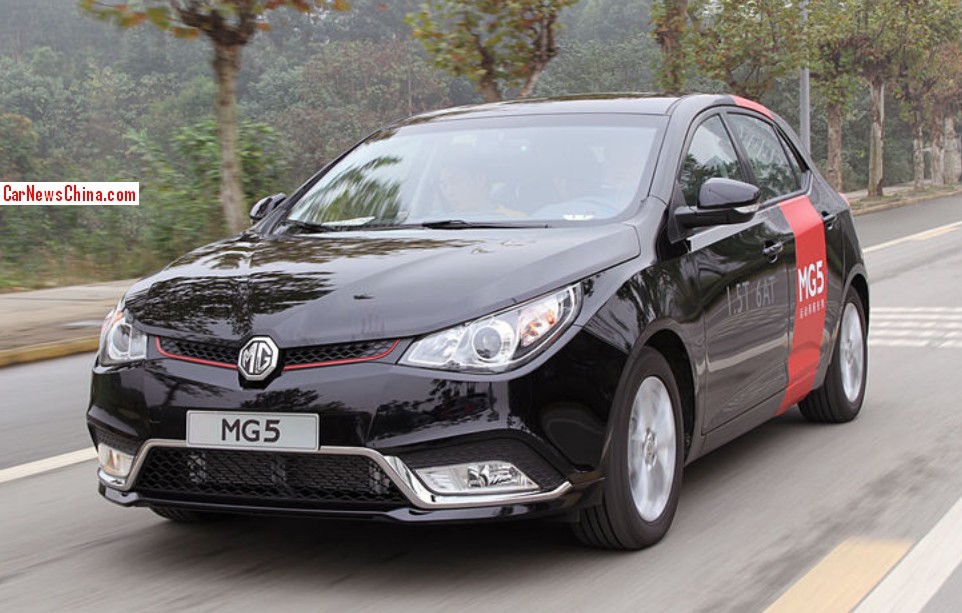 The new MG5 turbo is finally ready for the China car market after development was delayed for almost a year due to unexpected problems with fitting a turbo on a rather old engine. The MG5 1.5T will debut on the Guangzhou Auto Show later this month and will hit the Chinese auto market in December. The turbo comes with an updated front including a new grille, sharper head lights, and a fat chrome strip running up and down over the bumper. 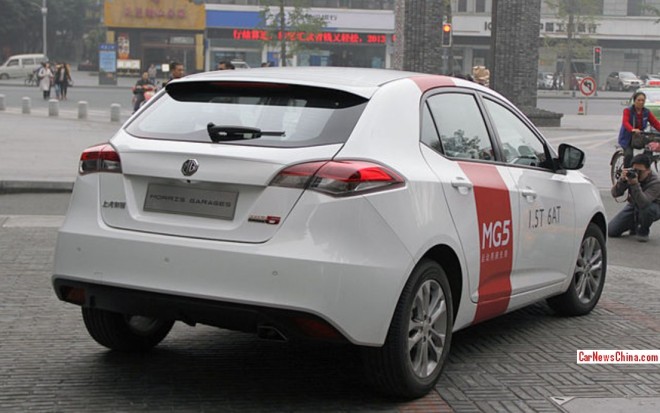 More changes at the back with new rear lights, a new bumper, and a new exhaust pipe that is still rather invisible for a speedy variant. The rest of the MG5 range will receive pretty much the same facelift except for the turbospeedy stuff such as the roof-spoiler and the tiny red line over the grille. 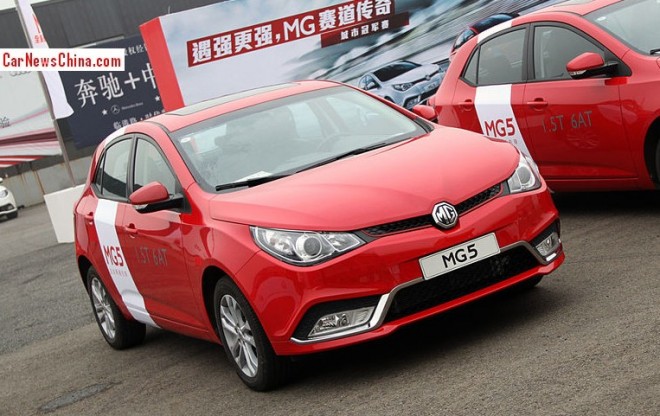 Looks great in red, but was it worth the long wait? 135 horses only…