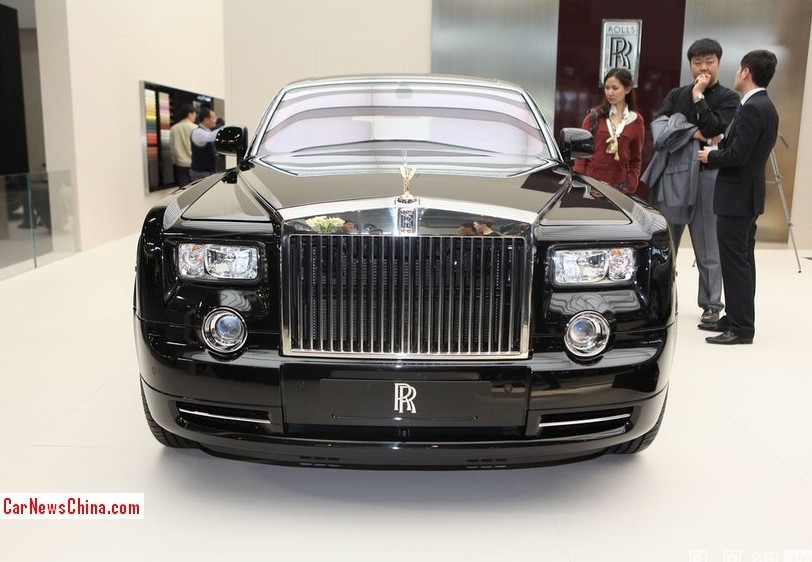 China is officially the biggest market worldwide for Rolls-Royce, surpassing the United States for the second time in three years. And it seems likely that China will keep the crown in 2014 as Rolls-Royce expects the market to grow even faster.

The iconic UK brand delivered 3.630 cars to customers in more than 40 countries in 2013, with just over a thousand, or 28%, bought in China. 2013 marked the fourth consecutive record year and the best in its history. Rolls-Royce added seven new dealerships in China last year, extending its coverage to 20 cities across the country. That accounted for nearly half of the 15 total new dealers worldwide.

Henrik Wilhelmsmeyer, director of Rolls-Royce Region China, said that “dealership expansion shows our strong focus on the service aspect for existing and new customers, and we hope to have another five new dealers in China, including Kunming and Guiyang in the southwestern part of the country, this year”.

He also said that although the Chinese government issued a series of policies curbing luxury consumption in 2013, “there is no impact to our business, as Rolls-Royce is never a mass luxury brand”.

According to Wilhelmsmeyer, mass luxury brands are more easily affected by policy changes and economic downturns. “Rolls-Royce is chosen by highly successful people, a group we see as an increasing trend in China.”

For the coming year, Rolls-Royce hief Executive Officer Torsten Mueller-Oetvoes said he remained confident about China’s economic situation “based on 2013’s 7.5 percent growth. It will help Rolls-Royce generate sustainable growth in the future.”

With a brand philosophy of always having one car less than market demand to ensure exclusivity, Mueller-Oetvoes declined to discuss a target for China this year, saying, “We never chase volume sales”.

But he did tell China Daily that he is confident in the appeal of the upcoming Wraith model. Marketed in China since November, Wraith now “has a strong order book, and customers should wait for at least six months for delivery”.

Wilhelmsmeyer added that the brand-new Wraith also helped attract customers who had never entered a Rolls-Royce showroom before. “Though one interesting case is the man who came in to look at a Wraith and ended up buying a Ghost after paying a visit to one of our dealers.”

The 2013 Forbes China Rich List revealed that the wealthy in China are getting richer, as the number of billionaires – those with a personal fortune of more than $1 billion – hit a record high of 168 last year, up from 113 in 2012 and only one in the country in 2003.