Volkswagen e-up! will be launched on the China car market in H2 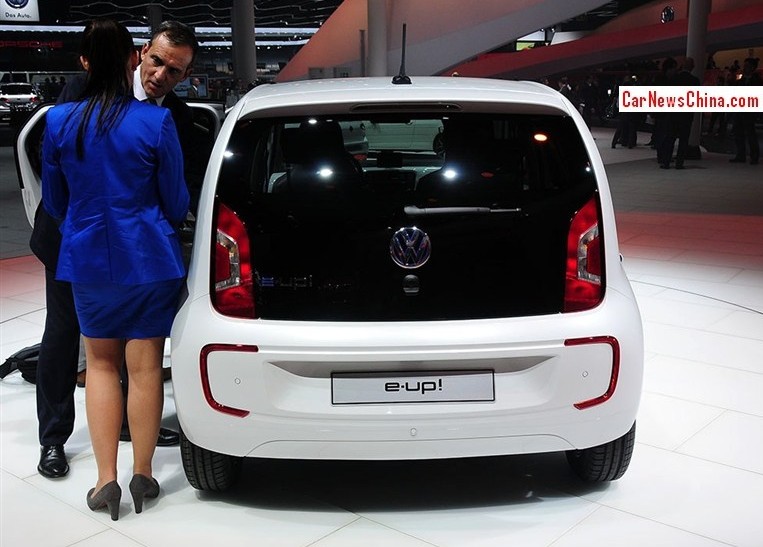 The Volkswagen e-up! EV will be launched on the China car market in the second half of the year. The Volkswagen e-up is the electric variant of the Volkswagen up! which is currently not sold in China. The e-up! is powered by an electric motor with a peak power of 82hp and 210nm. Top speed is 135km/h and 0-100 is gone in 11.3 seconds. Range is an impressive 160 kilometer.

The Volkswagen e-up will initially be imported into China so buyers won’t get any Chinese green-car subsidies which are only for China-made cars. This means the e-up will be very expensive with price expected to start around 250.000 yuan or 40.000 USD.

However, Volkswagen is planning to build the e-up in China starting in early 2016, which will bring price down to about 160.000 yuan or 26.000 USD. Volkswagen has not yet announced which of its two joint ventures, FAW-Volkswagen or Shanghai-Volkswagen, will make the e-up!, but we bet it is going to be Shanghai.