Strategy: How the Chinese are setting themselves up for success 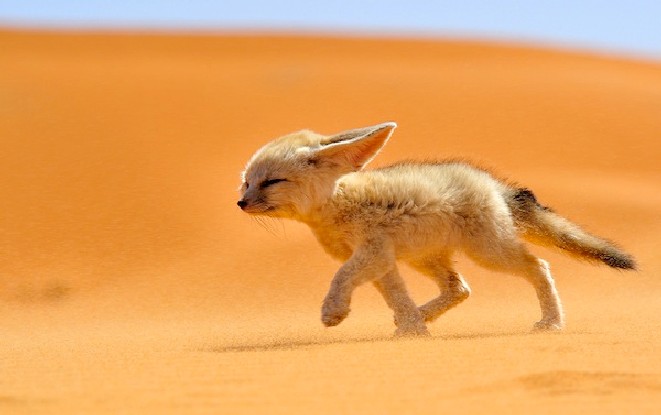 Like this fennec fox, Chinese carmakers have been walking against the wind in Africa. And it’s worked.

For the first time in the history of car manufacturing, Chinese carmakers sold 1 million cars outside of China in 2012, and estimates show chances are they have repeated that feat in 2013. Chinese manufacturers are now relying more and more on export markets to boost their bottom-line, especially as conditions have worsened for local passenger cars at home over the last couple of years. However as I described in my article “China: How local brands may finally find their mojo at home“, the Chinese are learning how to sell low-cost overseas and applying these strategies at home, making themselves more competitive in the process.

In fact, while the long-dreaded Chinese ‘invasion’ of the West European and American car markets is still a long way off, Chinese manufacturers have been working extra-hard under the radar to secure less developed markets that will form the bulk of the global car sales growth over the next couple of decades.

And this is why they will win. Speranza A516 in Cairo, Egypt

Apart from Toyota, Hyundai and a bunch of other Japanese manufacturers, no one currently has a lot of time for a continent that is still finding its way into development. Except the Chinese, who started assembling cars there almost a decade ago, as part of a push to be deeply involved in the infrastructure building of the continent. So we’re not just talking cars, but roads, rail tracks, mining and much more.

Egypt was the first cab off the rank when Chery used the Cairo plant previously run by Daewoo to assemble its cars under the Egypt-exclusive Speranza brand in 2004 – apparently because the Chery brand suffered poor quality perceptions after an earlier launch there. Success: Speranza was the 4th most popular passenger car brand in Egypt between 2008 and 2011, selling more than Toyota! Successful models include the A516 (#9 from 2007 to 2009) and the Tiggo (#14 in 2011). Since 2012 however, other Chinese manufacturers have stepped up a notch in Egypt… The Golden Dragon Haice was the best-selling Chinese model in Egypt in 2012.

The Golden Dragon Haice managed to rank as high as #6 in September 2012 and finished the year as the best-selling Chinese model at #15, and the Geely Emgrand EC7 has done much, much better, finishing the year 2013 in third position overall with almost 5% of the market on its own! King Long, Brilliance and JAC models have also started to appear within the monthly Top 30. Holland Car assembles the Abay (aka Lifan 520) in Ethiopia.

In Ethiopia, Lifan and JAC have cooperated with Holland Car, the country’s first car brand, to assemble models locally including the Holland Car Abay (a rebadged Lifan 520), Tekeze (JAC Tongyue) and Awash (JAC B-Class), all named after Ethiopian rivers. Since 2010 Lifan assembles cars under its own name in the country and has recently introduced the X60 SUV. No sales data for that country so it’s hard to gauge their success (not as high as Lifan would want according to somalilandpress.com) but a second example of clever re-branding to fit the local culture as a first step. The Foton SUP is assembled in Kenya since 2011.

In Kenya, Foton launched its first domestically produced truck, the SUP pick-up, in June 2011 using an existing local factory, and has opened its own US$50m assembly plant in Nairobi in March 2012 with a capacity of 10,000 annual units. Chery is also thinking about a Kenyan plant, initially limited to produce 1,000 units in 2013. As a result, Chinese manufacturers now hold 20% of the Kenyan car market… Either from these 3 assembling hubs or through straight exports from China, Chinese carmakers are organising their expansion towards other African countries. The Egyptian hub makes it more practical to export to Libya, Algeria, Sudan, Syria, Jordan, Saudi Arabia, Kuwait, the UAE and Iraq notably, where the Great Wall Deer seems to be particularly successful. Another potential hub for the region could be Iran where Chery has been assembling cars since 2006, with the Fulwin 2 hitting a record #4 last month. JAC was the #2 most popular brand in Madagascar at the end of 2012.

Ethiopia and Kenya can also be used as relays to Tanzania, Mozambique or Madagascar where some Chinese carmakers already have a solid presence: JAC was up to #2 brand with over 8% share over the third quarter of 2012 below only Nissan, and Great Wall was 7th in Q1 2013. Further West, Chinese carmakers now hold 20% of the Senegal and Cote d’Ivoire markets, with latest Cote d’Ivoire data showing Great Wall at #10 in 2010. The logical next step in Western Africa for Chinese car makers would be assembling cars in Nigeria…

Assembling cars in Nigeria would enable them to carve up a significant market share there as well as in neighbouring Ghana, Cameroon, Gabon, Mali and Burkina Faso, all at various stages of development but destined to grow fast in the next decade and beyond. South Africa also seems to be a missing link right now, however when you realise that it is currently the only mature market on the continent, it’s easier to understand why the Chinese haven’t spent too much energy trying to crack it yet. I will spend more time talking about Chinese carmakers’ strategies in mature markets in Part 5 of this series. Another way Chinese models have come under the spotlight in export markets has been through government agreements, notably in Libya, albeit in a totally unexpected way (you also will see its impact on the Cuban car market in the next installment of this series). During the 2011 Arab Spring, Libyan rebels got their hands on a batch of 5,000 ZX Auto GrandTiger pick-ups that the government had recently received and fit their heavy artillery on them, catapulting the vehicle onto worldwide TV screens for a solid 6 months. A marketing opportunity that ZX Auto fully embraced, boasting about its reliability and featuring the Libyan civil war on giant LED screens at the 2012 Beijing Auto Show (see the full Libya article here).

Stay tuned for Part 2 of this series: Latin America!

Matt Gasnier, based in Sydney, Australia, runs a blog named Best Selling Cars, dedicated to counting cars all over the world.