Official photos of the facelifted Chevrolet Aveo for China 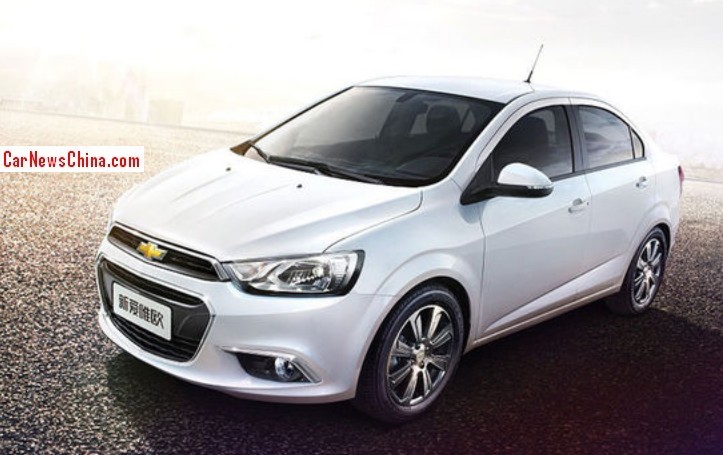 General Motors has released official photos of the facelifted Chevrolet Aveo, scheduled to launch at the China car market in June. The facelift comes with a new sportier grille, new headlights, new rear lights, and new bumpers. The Chevrolet logo barely fits in the upper grille, very similar to the new Chevrolet Cruze. 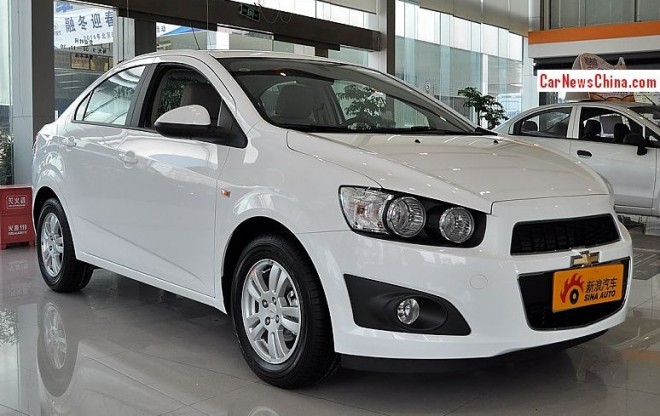 The current Chevrolet Aveo. Price starts at 81.800 yuan and ends at 114.800 yuan. Engines: 1.4 and 1.6. Both engines will continue in the new Chevrolet Aveo and price will be about the same.

The Chevrolet Aveo is manufactured in China by the Shanghai-GM joint venture. 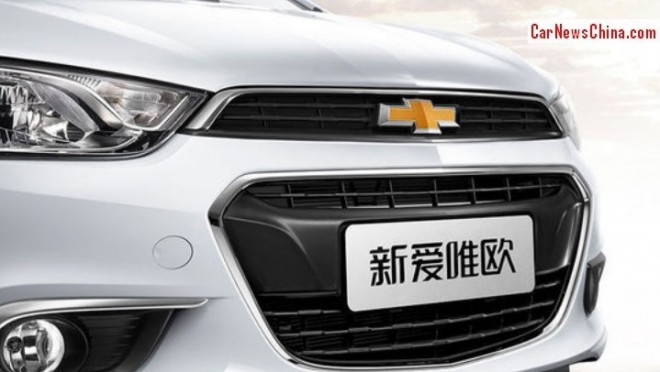 The Aveo is GM’s best selling compact car and especially strong in the upcoming and promising markets in second and third tier cities where many and more citizens go for their first car. Most of those buyers are younf and that is why GM has developed these sporty accents on the new Aveo. 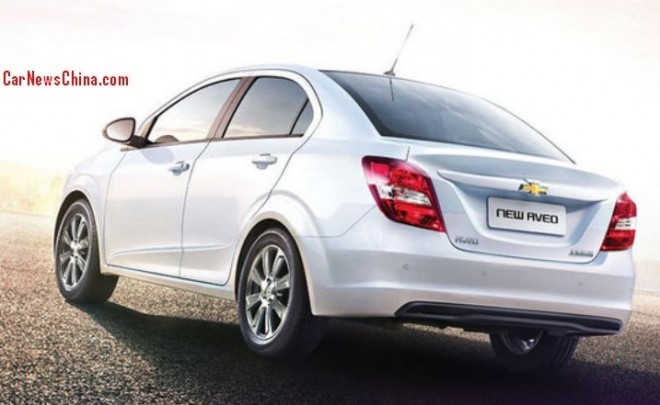 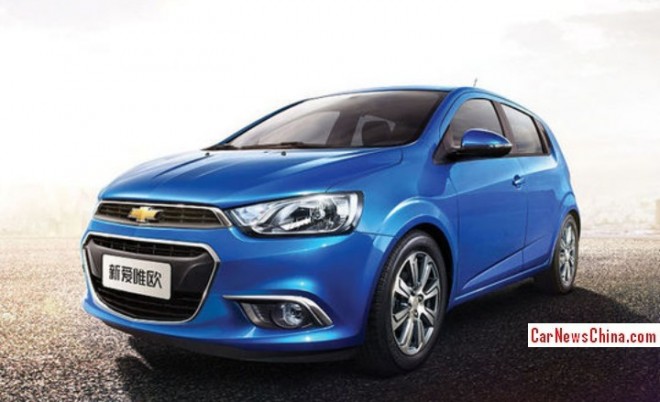 First photo of the facelifted Chevrolet Aveo hatchback. It is scheduled for launch in July, one month after the launch of the sedan. Why get publicity once when you can get it twice..?