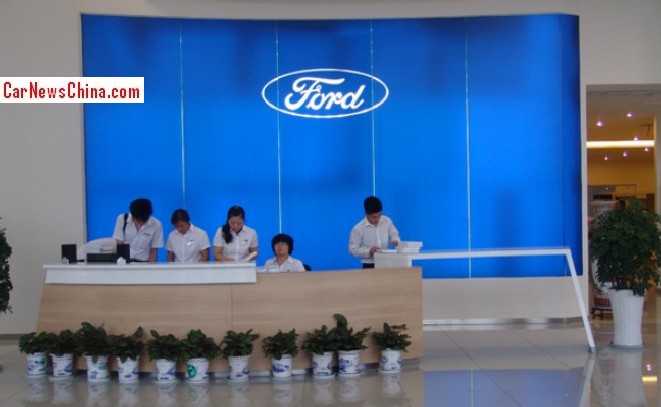 Ford continues its winning streak in China. Ford and its Chinese joint ventures sold 93.323 cars in May, up 32 % from a year earlier, the U.S. automaker announced on Friday. That follows a 29% year-on-year rise in April and a 28% increase in March.

The company’s sales in the first five months of the year came to 461,473 cars, up 39 per cent from the same period a year earlier.

Ford’s China sales have been bolstered by continued strong demand for its Ford Focus model, followed by the Ford Mondeo, the Ford Escape SUV and the Ford Ecosport compact SUV. Later this year Ford will add the new Ford Escort which is expected to sell in significant numbers.

Ford makes vehicles in China in partnership with Changan Automobile for passenger cars and a mostly commercial-vehicle joint venture with Jiangling Motors.