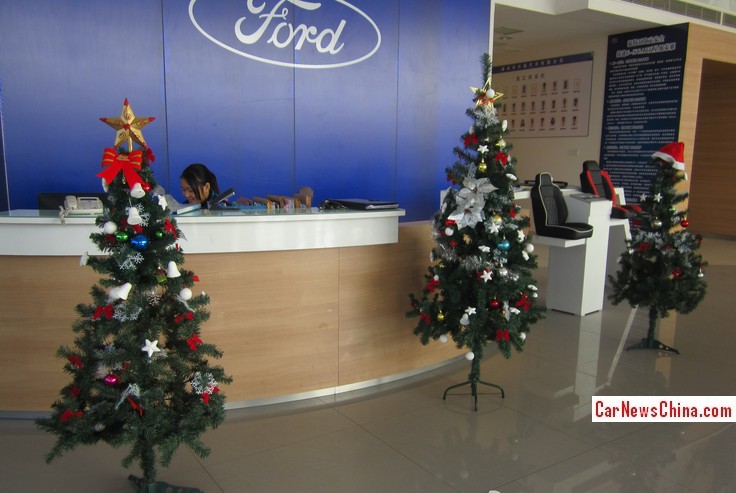 Ford and its Chinese joint ventures sold 90,775 vehicles in China in July, up 25 percent from a year earlier, far outpacing industry growth of 6.7 percent for the same month in the world’s biggest auto market. That follows a 17 percent year-on-year rise in June and a 32 percent increase in May.

Ford’s sales in the first seven months of the year totaled 640,031 vehicles, up 33 percent from the same period a year earlier, the U.S. carmaker said on Friday. Ford makes vehicles in China in partnership with Changan Auto and with Jiangling Motors.

Ford’s China sales have been bolstered by strong growth in SUV models, the Ford Kuga and Ford EcoSport, whose sales have risen 63 percent and 83 percent, respectively, so far this year.