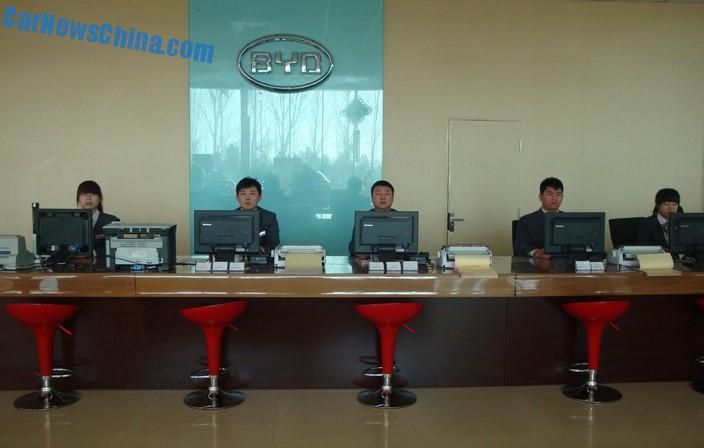 Profits of Chinese carmaker BYD decreased 15.5 percent year-on-year to 361 million yuan ($58.7 million) in the first half of this year. The profit fall was “mainly due to the decrease in the traditional automobile business”, the Shenzhen-based carmaker said in a statement.

BYD said its revenue from the automobile business declined by 6.48 percent year-on-year to about 11.9 billion yuan in the first half of this year.

Due to the intense competition in China’s auto market and the adjustment to China’s policy of subsidizing energy-saving cars, BYD’s automobile business was affected and it sold about 180,000 units in the first half, down 27 percent from a year earlier, said BYD chairman Wang Chuanfu.

The sales revenue grew to about 2.7 billion yuan, accounting for around 10 percent of BYD’s turnover.

In the second half, Wang said BYD will launch the plug-in hybrid SUV model “Tang” and the first pure electric sedan of “DENZA“, which has been jointly developed with German carmaker Daimler AG as planned.