PSA Peugeot Citroen to open a Fourth Factory in China 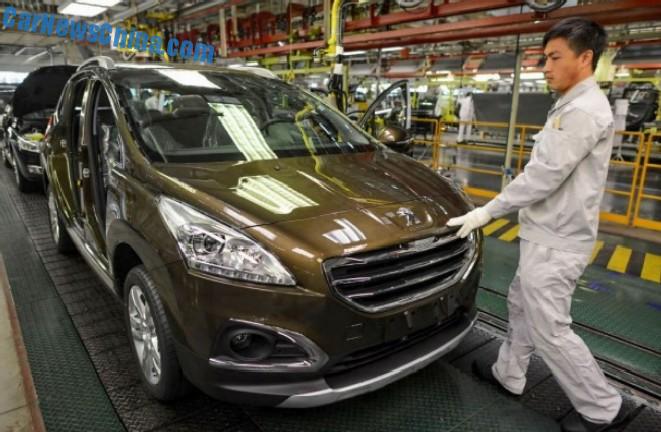 Dongfeng Peugeot Citroen Automobile Company (DPCA), a joint venture of French carmaker PSA and Chinese automaker Dongfeng Motor Corporation, is expected to build a fourth factory in China. Construction will start later this year and the first car is scheduled to roll off the line late in 2016.

The plant, with an investment of 12.3 billion yuan (2 billion U.S. dollars) and an annual capacity of 320,000 vehicles, will be based in Chengdu, capital of southwest China’s Sichuan Province, according to the Sichuan provincial development and reform commission, which approved the project on Monday.

Major global car manufacturers, including Toyota, Volvo and Hyundai, have set up factories in Sichuan.

Peugeot has said the Chengdu facility will focus on making crossover vehicles — between a car and a sport utility vehicle — and also four-wheel-drives using the Peugeot and Citroen brands, as well as under Dongfeng’s Fengshen label.

DPAC currently has three plants in Wuhan, capital of central China’s Hubei Province, with an annual production capacity of 750,000 vehicles.

Struggling Peugeot is counting on the Chinese car market — the world’s biggest — to propel it to a leading position in Asia. China has become critically important to foreign carmakers, given the size of the market and weak sales elsewhere in the world.