Dongfeng Fengshen AX3 will debut on the Shanghai Auto Show 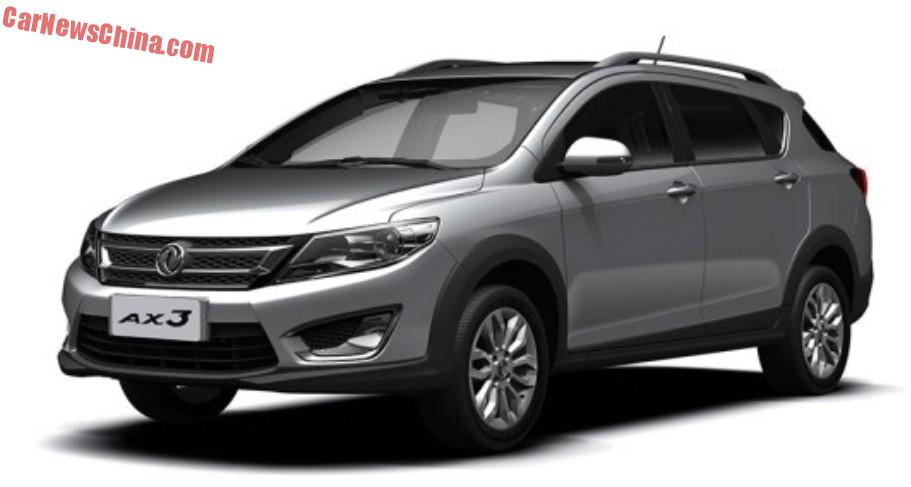 Dongfeng Motors has released the first official images of the new Dongfeng Fengshen AX3 SUV that will debut next week on the Shanghai Auto Show, followed by a launch on the Chinese car market in the second half of the year.

The Fengshen AX3 is a new compact SUV, ready to compete in one of the hottest segments of the Chinese auto market. The AX3 will soon be joined by the slightly bigger Fengshen A5 and the SUV range is topped by the Fengshen A7 which was launched in October last year.

The Dongfeng Fengshen AX3 will be powered by new Dongfeng developed 1.4 and 1.4 turbo four-cylinder petrol engines. Price is expected to start around 65.000 yuan.