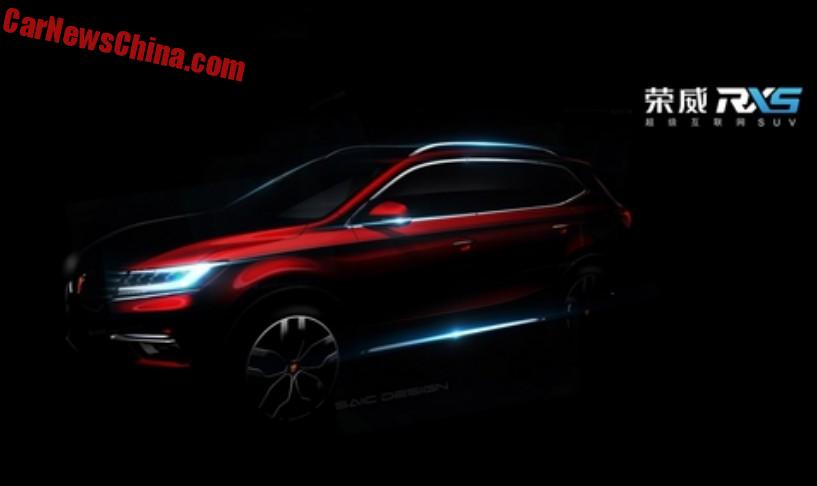 Roewe has released a teaser of their new RX5, a new compact SUV for China. The Roewe RX5 will debut later this month on the Beijing Auto Show and launch on the Chinese car market in Q4. The RX5 features an impressive front with large all-LED lights. Power will come from 1.4 turbo and 1.6 petrol engines.

At the same show Roewe will also debut a ‘car on the internet’, a concept car with an operating system and a connected-car system developed by internet giant Alibaba. The operating system is called ‘Yun OS’. The connected-car system will enable the car to communicate with other vehicles and with other places, like home or a restaurant or a parking place. The system will be incorporated in Roewe vehicles starting this year, including in the new RX5.