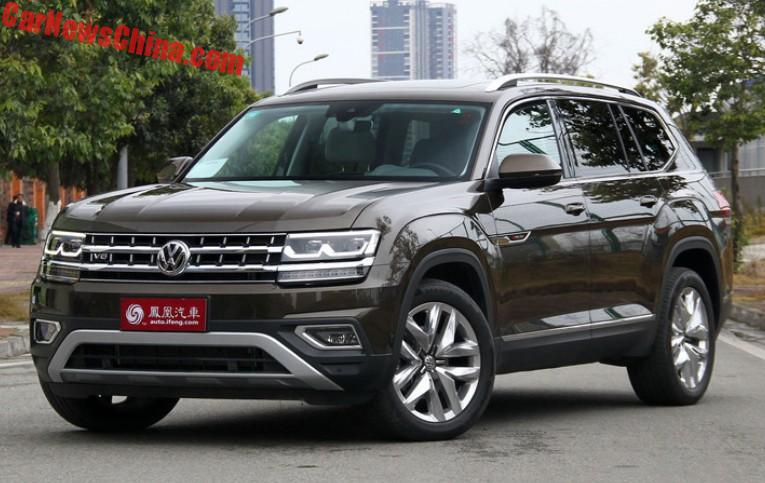 The new Volkswagen Teramont seven-seat SUV will be launched on the Chinese car market on March 22. Price will start at 309.800 yuan and end at 509.800 yuan. The Teramont is the Chinese sister of the North American Volkswagen Atlas. It is manufactured in China by the Shanghai-Volkswagen joint venture. 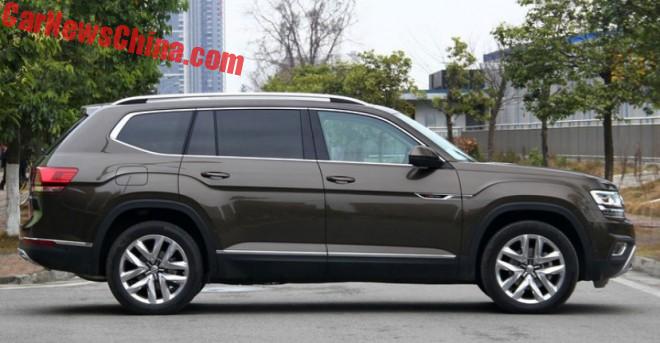 The Teramont stands on Volkswagen’s MQB platform. It will be positioned between the Tiguan L and the Touareg.

The Teramont will compete with cars like the Toyota Highlander and the Ford Edge, which are manufactured in China as well. 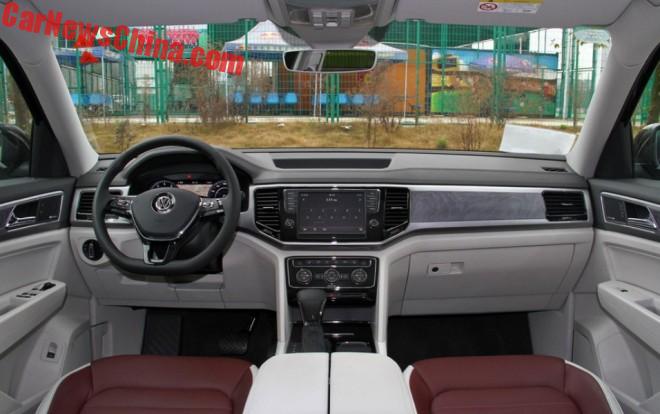 A very nice interior; here in dark red over white. A daring combination for Volkswagen. 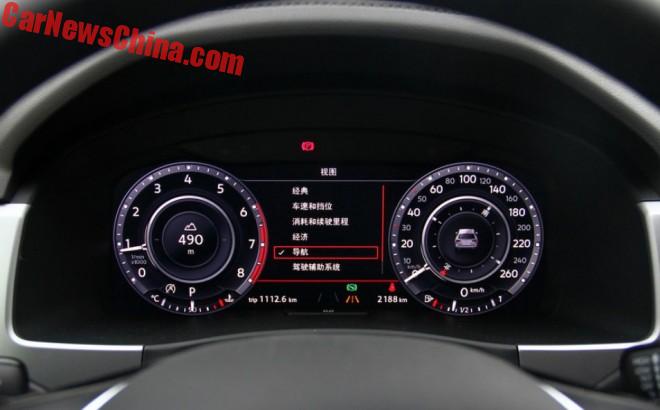 The dials are partly analogue and partly digital, with a large screen between the dials. 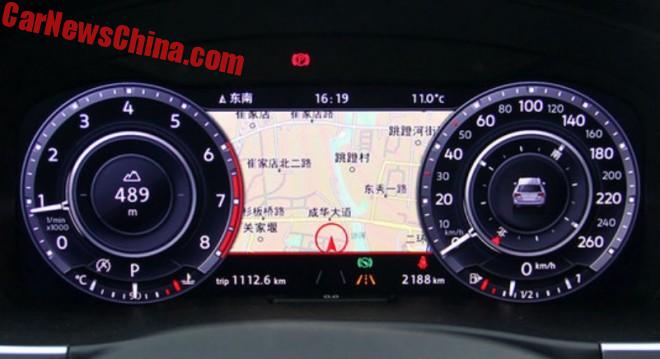 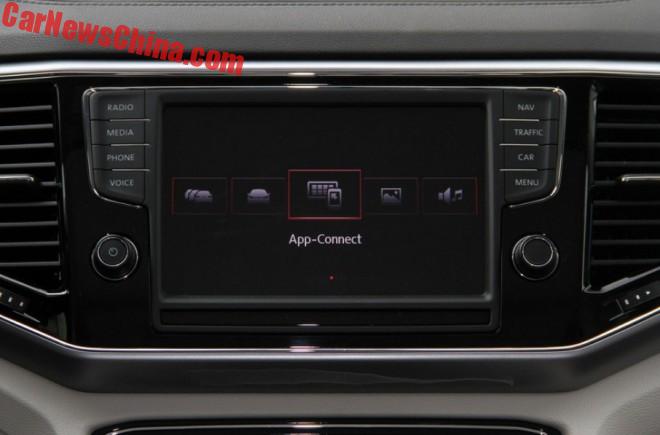 The infotainment system with Volkswagen’s App-Connect. 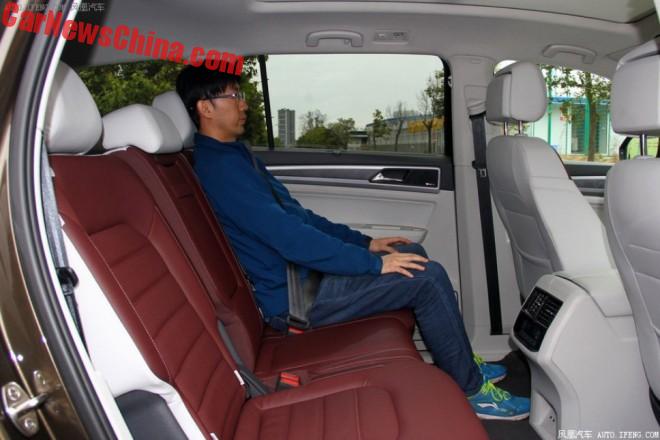 The second row of seats with plenty of space for the legs and head, as this gentleman kindly demonstrates. Love the white headrests. Let’s see how long these stay clean in a dusty town like Beijing… 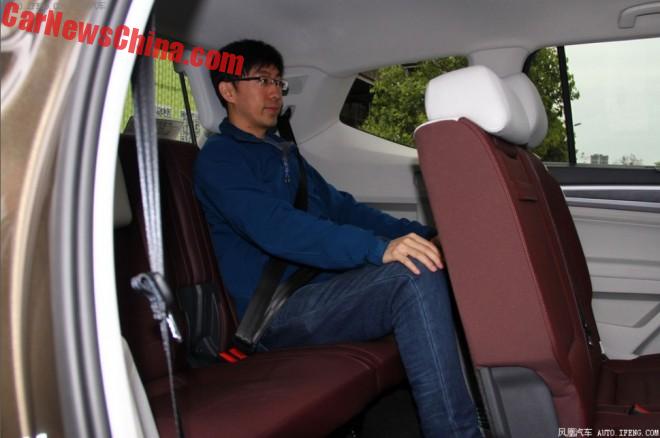 The third row with two more seats, and even with these seats up there is still… 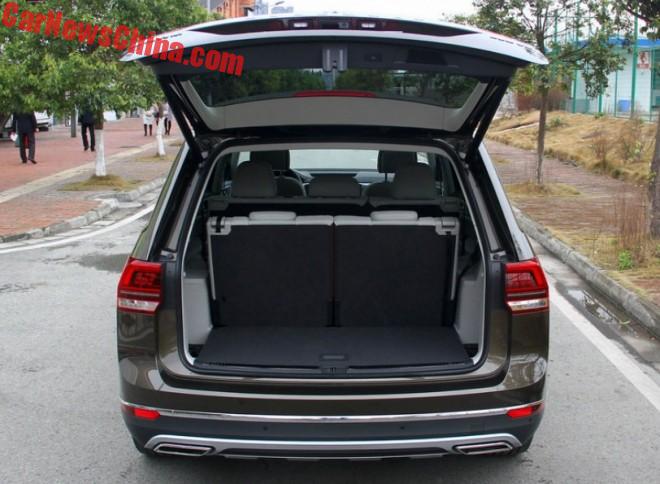 … quite a lot of space for the beer. 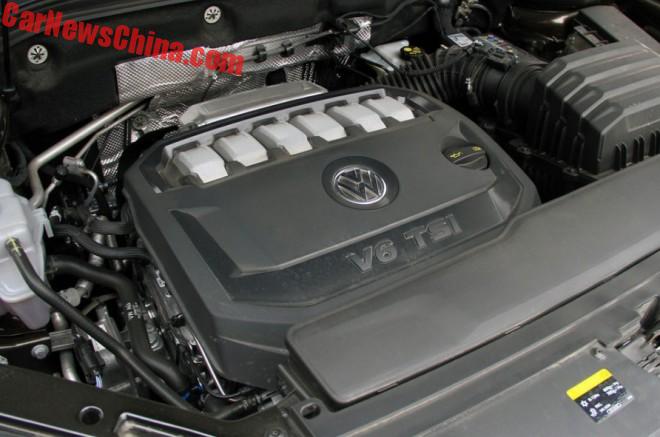 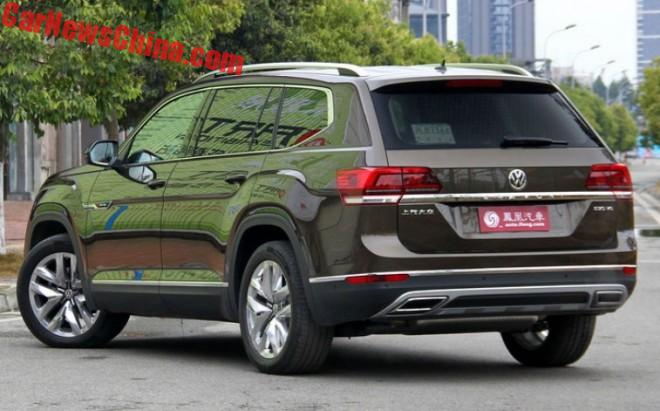 Proper roof rails and a stylish rear end with a shiny bar connecting the lights, and a subtle bumper with integrated pipe tips, and they are both real. 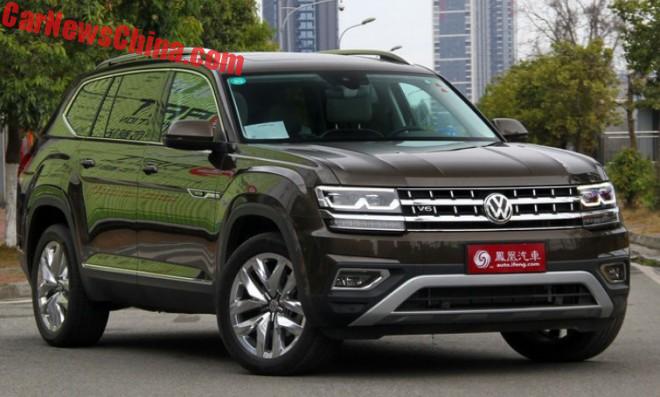 The Teramont; the new flagship of the Volkswagen SUV lineup in China. Note V6 badge in the grille.