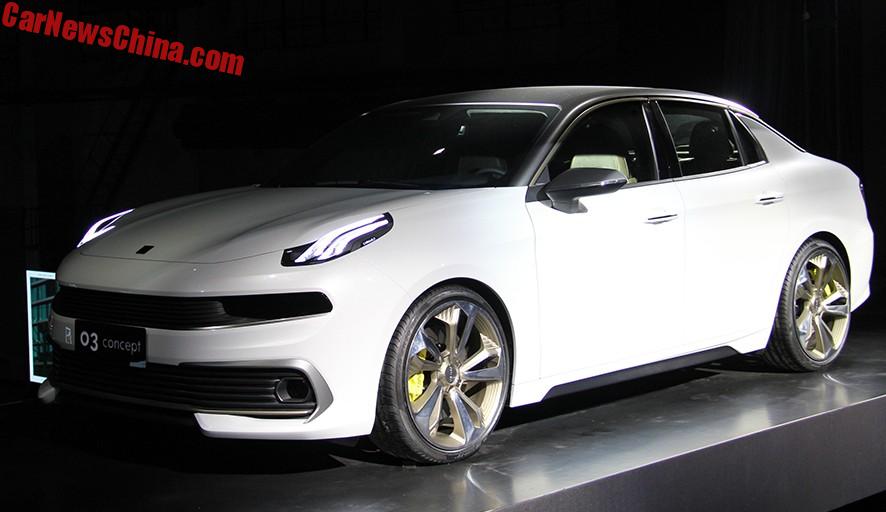 Yesterday Lynk & Co launched the production version of the 01 SUV. At the same event they also had this 03 Concept, previewing an upcoming sporty sedan. They call it a concept but it is very close to production, the real thing is expected to hit the Chinese auto market in 2018. 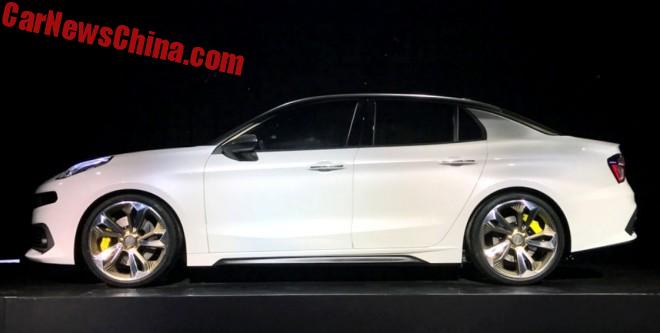 The basically re-cycled the entire front end of the SUV until about the B-pillar, and added a sedan rear end to it all. That might be easy and cheap but it gives the front a strangely bloated look; the bonnet seems to high. Otherwise is looks sporty enough, the D-pillar looks great and the rear end is short and strong. The shiny wheels are racy with bright yellow brakes. But that bonnet… 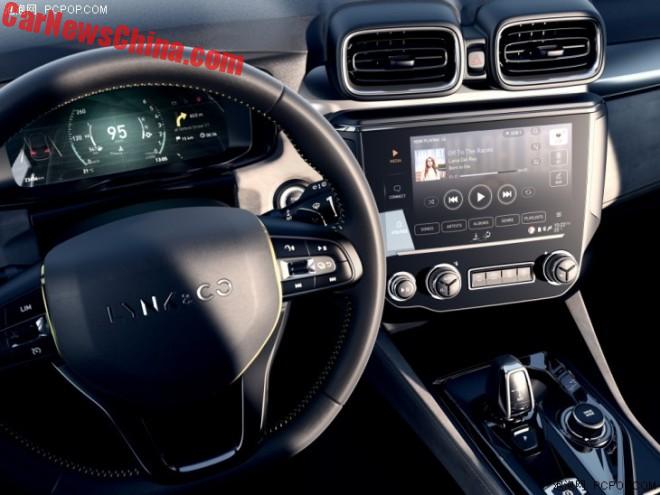 They didn’t open the concept’s door but Geely did release a single photo of the dashboard. The instrument panel, the steering wheel, and the center tunnel are very similar to the 01 SUV but the center stack is very different. The screen in the 03 is far more pretty than in the 01. Compare: 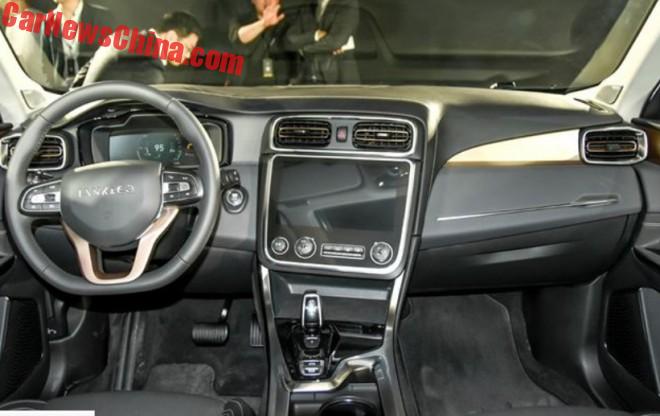 Rear lights in the same style as on the 01. Bumper looks great with shiny pipes on each side. Roof in black with a speedy shark fin antenna. 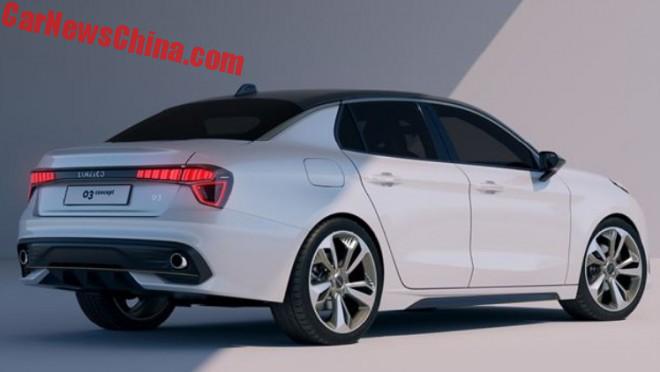 Lynk & Co is a new brand under the Geely Holding Group, alongside Geely, Volvo, and the London Taxi Company.

Like the SUV the production version of the 03 will be based on the new Volvo-Geely CMA platform, which will also underpin the upcoming new Volvo 40-Series, which was previewed by the 40.1 and 40.2 concept cars.

The 01 will get a six-speed manual, a six-speed auto, and an optional 7-speed DCT. IT seems safe to assume the 03 will have the same ‘boxes.

In China the Lynk & Co cars will be sold via a separate dealer network and via the internet, in cooperation with Alibaba. Sales of Lynk & Co in North American and European markets will start in 2019, there the brand will work with Microsoft for internet sales.

Lynk & Co said it will offer for free for the entire life of the vehicle: warranty, road-side rescue services, and data traffic. That is an unprecedented offer and also one that seems very expensive.

When the brand was launched last year many said Lynk & Co sounded too much like Lincoln. Geely denied that, saying it was totally different. But they don’t help themselves with the newly announced Chinese name: Lingke. Guess what the Chinese name of Lincoln is… Linken. Different characters, but they sound almost exactly the same. 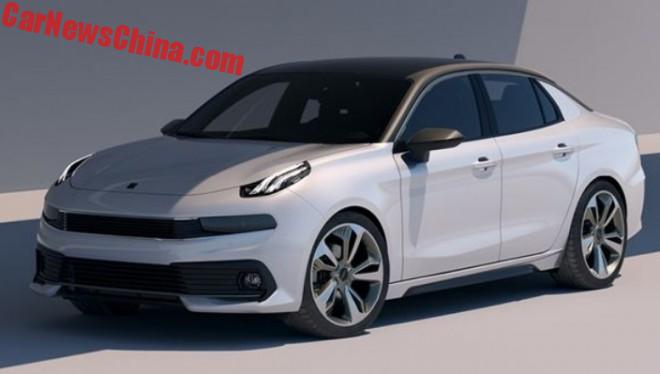