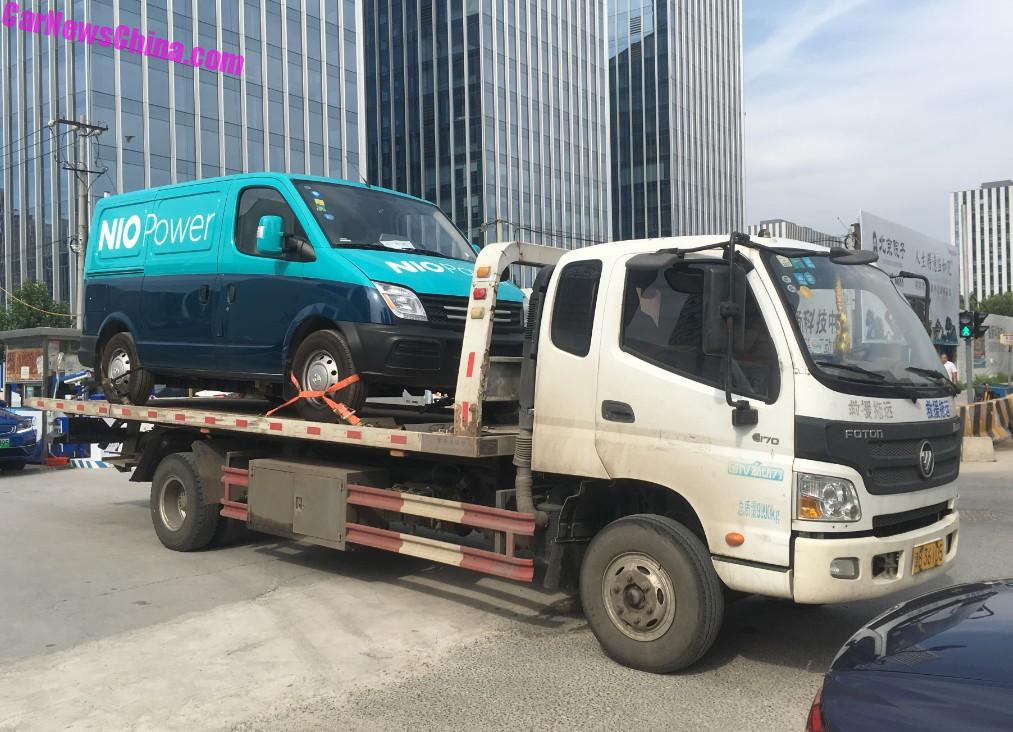 When I was exiting my favorite Burger King hamburger shed in Beijing I saw a NIO charging van on the back of a stinkin’ diesel powered Foton flatbed. I ran across a boulder and a parking lot and got there just in time.

That can’t be right!

NIO is one of the many Chinese so-called EV startups. Their slogan is: “A new day. NIO.” They are not un-cool. They started with the limited edition EP9 supercar, this was followed by the launch of the 650 hp ES8 SUV, and soon they will launch a smaller ES6 SUV.

NIO suffers similar woes as any of the other startups: they don’t have a production license so their cars are produced in a joint venture with state-owned JAC, they only have a handful of dealers in the entire country, and they want to IPO as soon as possible.

So far nothing special. But they do have some interesting ideas to overcome their potential-customer range anxiety. One of those ideas is to built a car with a long range. Ha! Range of the NIO ES8 is 355 kilometers NEDC, which is not bad at all.

The second idea is a network of battery-swapping stations. We heard that one many a times before, and so far nobody made it work.

But it is their third idea we are looking at today, with that van on that truck. 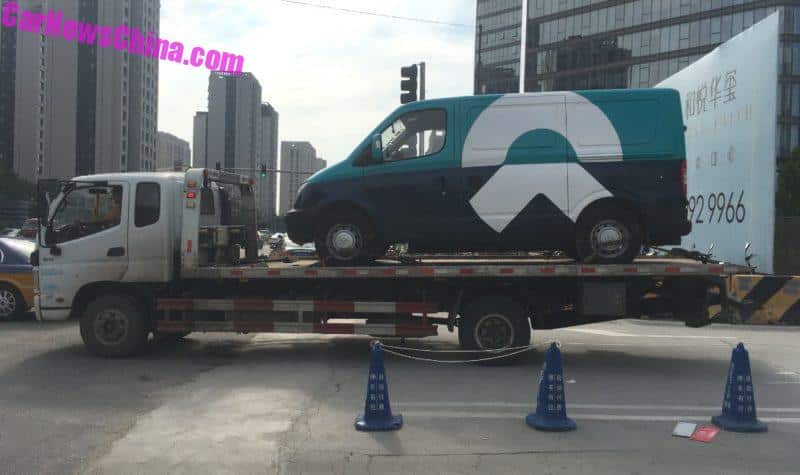 What is a NIO charging van?

A NIO charging van is a van equipped with a large battery that can be used to charge a NIO EV. NIO calls the scheme ‘NIO Power Mobile’.

The idea is such: NIO fields a large number of NIO Power vans. If a NIO EV runs empty, the owner can use an app to call in a NIO Power van. This van will charge the NIO for ten minutes, good for a 100 kilometer range.

Naturally, the van is also electric. It is manufactured by Maxus, a subsidiary of state-owned Shanghai Auto Industry Corporation. The type is EV80, and it has a range of 150 to 170 kilometers, which is normal for this kind of electric van. But the conversion into a charging van is done by NIO.

The idea seems crazy enough: you charge two cars to charge one, and you add another vehicle to the already overcrowded roads. But the biggest problem is: what do you do if the charging van itself runs out of juice..?

Well, we got the answer to that here and now: send in a very dirty and very stinky diesel-powered Foton flatbed truck to carry the Power van back to the charging station.

Check how wuzzy this is: charging two vehicles to charge one, and when the charging vehicle runs empty you need diesel. Yeah diesel baby! For a greener world. 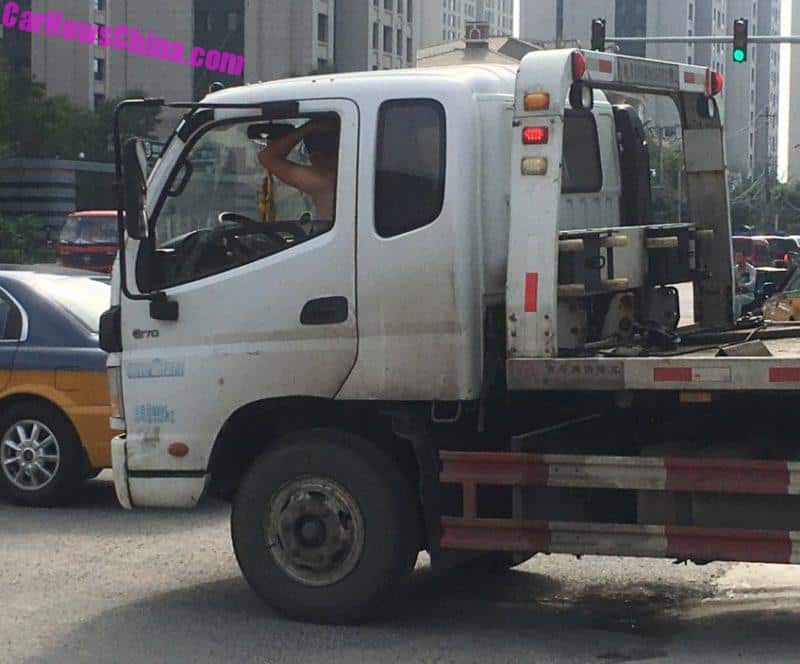 Truck driver didn’t wear a shirt. I talked to him. When he told me the NIO van had no juice I laughed. He understood. He laughed too. We had fun. 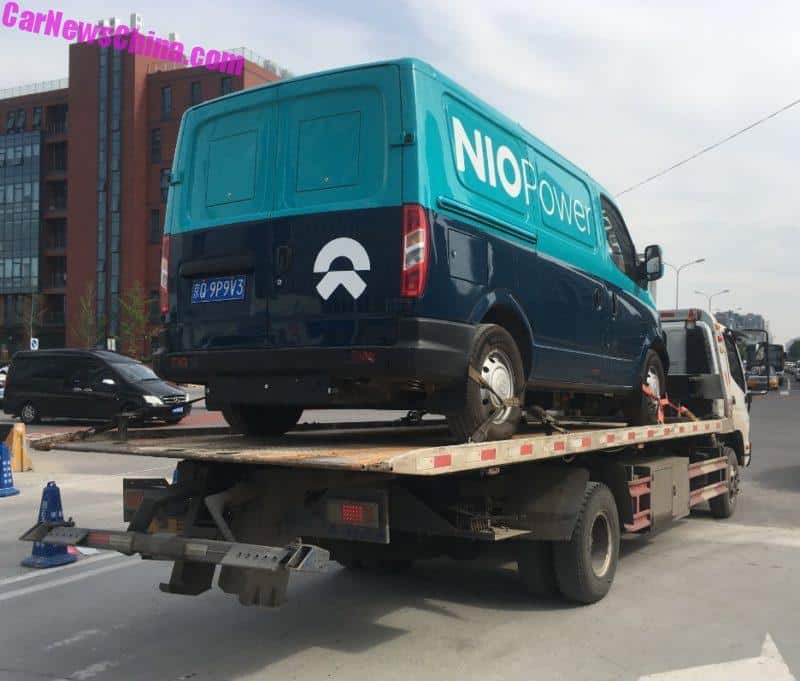 Diesel fumes all over the place! Yes, that greener world is just around the corner. As long as we have diesel powered flatbed trucks to support the effort.