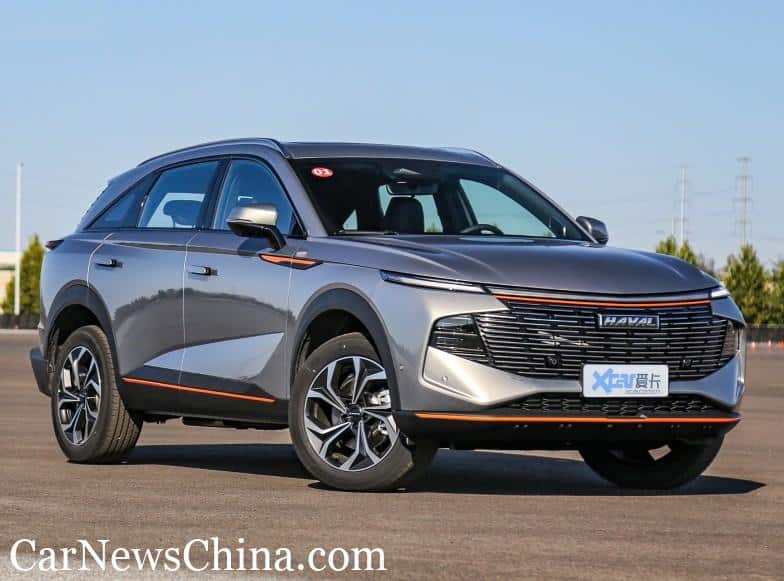 The new Haval Shenshou has been launched on the Chinese car market. The sharply lined Shenshou is a stylish SUV with a daring design, mixing design elements of a traditional SUV with elements of an SUV coupe. It sure doesn’t look like anything else in the Haval lineup. The rounded nose comes with a wide grille, combined with split headlights and a large Haval badge in the middle.

Shenshou (神兽) means ‘mythical beast’. Haval’s PR people have created some buzz around the name, with a cartoon figure also called Shenshou. It looks surprisingly human for a beast, wearing a somewhat scary helmet. Like so many recently launched new Chinese cars, the Shenshou is aimed exclusively at a young audience living in the big cities. Considering China’s aging population, there seems to be a lot of opportunity for a brand that focuses only on old people. But nobody wants to go there, it seems.

The Haval Shenshou has fancy Tesla-style door handles that pop out when the driver approaches the vehicle. The Shenshou has five seats and measures 4780/1890/1675, with a 2800 wheelbase.

The interior of the Haval Shenshou is very nice. Haval has jumped a great leap when it comes to interior design. The 3-spoke steering wheel looks sporty, albeit a bit big. There is a 12.3-inch full LCD instrument panel and a 14.6-inch central control LCD screen for the infotainment. On top of that, it is equipped with a HUD.

The infotainment system comes with popular apps such as Douyin, the original Chinese version of TikTok, and koraoke.

The orange detailing from the exterior comes back inside, with orange stitching on the seats and doors.

The Shenshou is available with two engines: a 1.5 turbo with 184 hp and 275 Nm, and a 2.0 turbo with 224 hp and 350 Nm. Both engines are mated to a 7-speed DCT. The base models are front-wheel drive, the top models are four-wheel drive. Later on, Haval will add a 1.5 turbo HEV and a 2.0 turbo PHEV to the lineup. These will pack much more horsepower, up to 400 or thereabout, but they will cost significantly more.

The new Haval Shenshou; an interesting car with a cool name and a decent price. But with so many other Haval’s to choose from, does it have enough appeal to become a success?