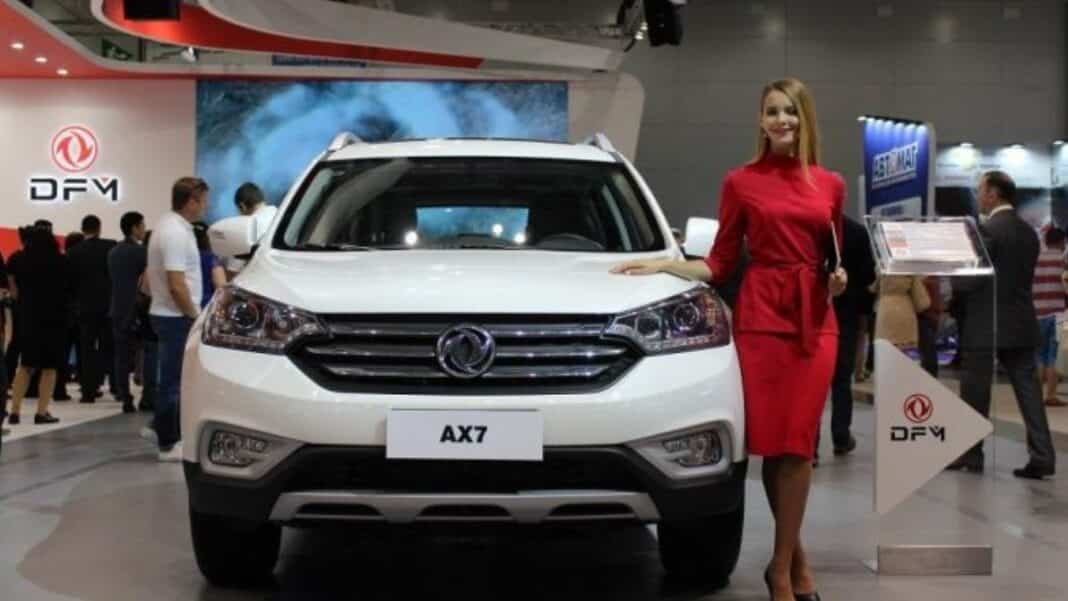 As countries around the world are announcing sanctions against Russia, what impact will this have on Chinese car companies?

In 2021, China’s car exports exceeded 2 million units for the first time reaching a record high 2.015 million units, accounting for 7.7% of the total Chinese car sales, according to the China Association of Automotive Manufacturers (CAAM).

Russia came in third in the list of top ten countries that China exported vehicles to in 2021. The top ten countries were Chile, Saudi Arabia, Russia, Belgium, Australia, Mexico, Egypt, Bangladesh, the United Kingdoms, and the Philippines. A total of 1.059 million vehicles were exported to these 10 countries, accounting for half of the total Chinese vehicle exports, according to CAAM.

Specifically, the total sales of Chinese vehicles in Russia was 115,700 units in 2021, doubling from 2020. Chinese vehicle’s market share in the Russian passenger car market increased to nearly 7%, according to the European Business Association.

In the Russian market, Great Wall Motors, Chery, and Geely are the best performing Chinese car companies. In 2021, Geely’s Russian dealers sold a total of 24,587 vehicles, a year-on-year increase of 59%. The best-selling model was the compact Geely Coolray, with 11,101 units sold, a year-on-year increase of 97%. Other best-selling vehicles included the Geely Atlas and the crossover coupe Tugella.

Russia is Chery’s best performing region in the overseas markets. In 2021, Chery’s sales in Russia increased by 224% to 37,118 units. The top three most popular countries for Chery in overseas markets are Russia, Brazil, and Chile.

Unlike Chery and Geely, Great Wall Motors not only has sales companies but also production plant in Russia located in Tula Oblast, an important industrial city in Russia. This plant was the first overseas vehicle manufacturing plant of a Chinese car company that covers the four production processes of stamping, welding, painting, and final assembly. It is also the largest overseas investment project of a Chinese car company, with a total investment amount of more than 500 million RMB or 79 million USD. It is planned to produce 150,000 vehicles per year, with a total output value of more than 18 billion RMB or 2.8 billion USD after production starts.

On February 24th, Great Wall Motors informed the public that the conflict between Russia and Ukraine will not affect the production and sales of the company’s Russian plant. Ukraine’s export business ma be affected in the short term, but there will be no problem in the long term. From the perspective of stock prices, Great Wall Motor’s stock prices in A and H shares did not experience large fluctuation in recently trading days.

This week, the United States, Canada, and European Union are tightening financial restrictions on Russia by excluding seven Russian banks from using the SWIFT messaging system, the global messaging system that enables bank transactions. This sanction will greatly increase the cost of cross-border payment and capital flow for multinational car companies, or even make it difficult to execute cross-border transactions.

For Great Wall Motors, it is still unknown how big the impact of the sanction will be.

On February 27, Dongshu Cui, secretary-general of the China Passenger Car Association (CPCA), wrote that when Iran was kicked out of SWIFT in 2018, the country’s auto market was hit hard and Chinese car company exports to Iran suffered huge losses.

The impact of the sanction on Chinese car company exports to Russia will not be greater than that of Iran, according to Cui. This is because Russia developed its own Financial Message Transfer System of the Bank of Russia (SPFS) in 2014 after allies on both sides of the Atlantic wanted to use the SWIFT option during Russia’s annexation of Ukraine’s Crimea. By the end of 2020, the SPFS is linked with 23 banks in Armenia, Belarus, Germany, Kazakhstan, Kyrgyzstan, and Switzerland.

Can Russia rely on the Cross-Border Interbank Payment System instead?

Russia can use CIPS to settle cross-border payments. As of June 2021, 13.8% of Russia’s reserves or an estimated US$77 billion were in Chinese assets, according to the most recent figures from the Bank of Russia. Since China did not sign on the sanctions imposed by the United States, Europe, and other countries, Russia can still access its reserves held in Chinese assets.