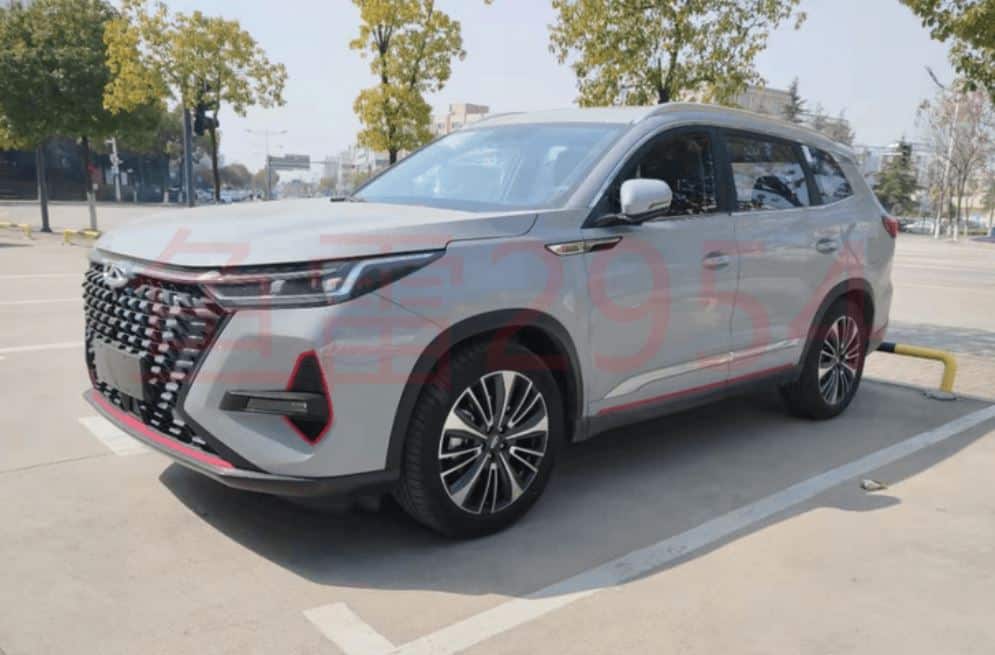 The front of the car adopts an X-shaped air intake grille to enhance its sportiness. Contrast-colored decorative strips are also added to the center grille and the lower edge of the front and rear bumpers. The LED lights on both sides are integrated with the grille. Both sides of the front are equipped with fog lamps and air vents.

The position of the D-pillar of the body is connected to the window trim through the bright black trim panel, creating a floating effect.

The car rear adopted a quad exhaust pipe design and a roof spoiler.

The rear floor is relatively flat, which will make passengers sitting in the middle back seat more comfortable.

The new car will be equipped with the same engine types as the Tiggo 8 Plus, 1.5T and 2.0T, with a maximum power of 145 kW and 187 kW, respectively. It is matched with a dual-clutch gearbox. The pure electric and plug-in hybrid versions of the Tiggo 8 Pro are expected to be officially launched to the market later this year.

Lastly, the 2.0T version is available with a four-wheel drive.