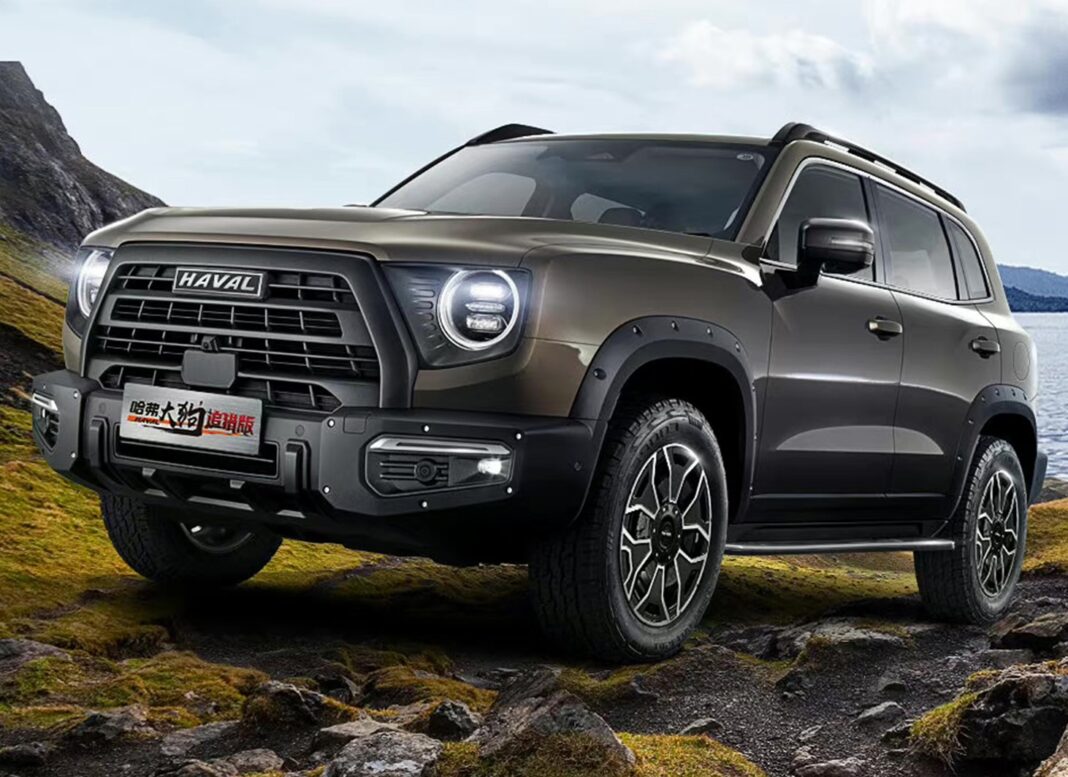 The Haval Big Dog Hunting Edition is the latest in a long line of ‘off-road’ versions of existing cars. The look is quite popular in China now, with city folk fantasying about going up mountain in the weekend, which they’ll never do of course, but that’s beside the point. It is about the idea, and about impressing the neighbors, who will then buy an off-road car too.

The rear gets a larger spoiler above the window and a new bumper. The main light units remain the same. The upgrades work I think, the Haval Big Dog Hunting Edition looks cooler than the base car, without trying too hard. New alloy wheels are nice too. Strangely, this one doesn’t have the running boards. Perhaps they are optional.

The PR is all about mountains indeed, showing a brown example running wild in brown surroundings, apparently without a driver at the wheel.

Update! Got some pics of the real thing:

This is the 1.5 turbo, painted in white. Color doesn’t work as well as the brown color on the PR images, but it does make the black cladding more visible. It has the running boards but it also has the alloy wheels of the Big Dog base model.

Interior is exactly the same as on the base car. Looks rather boring, especially in this color scheme. Could have done with a bit more excitement.

The Big Dog is one of Haval’s most successful recent cars, and no wonder they are trying to capatalize on that with new variants like the Hunting Edition.