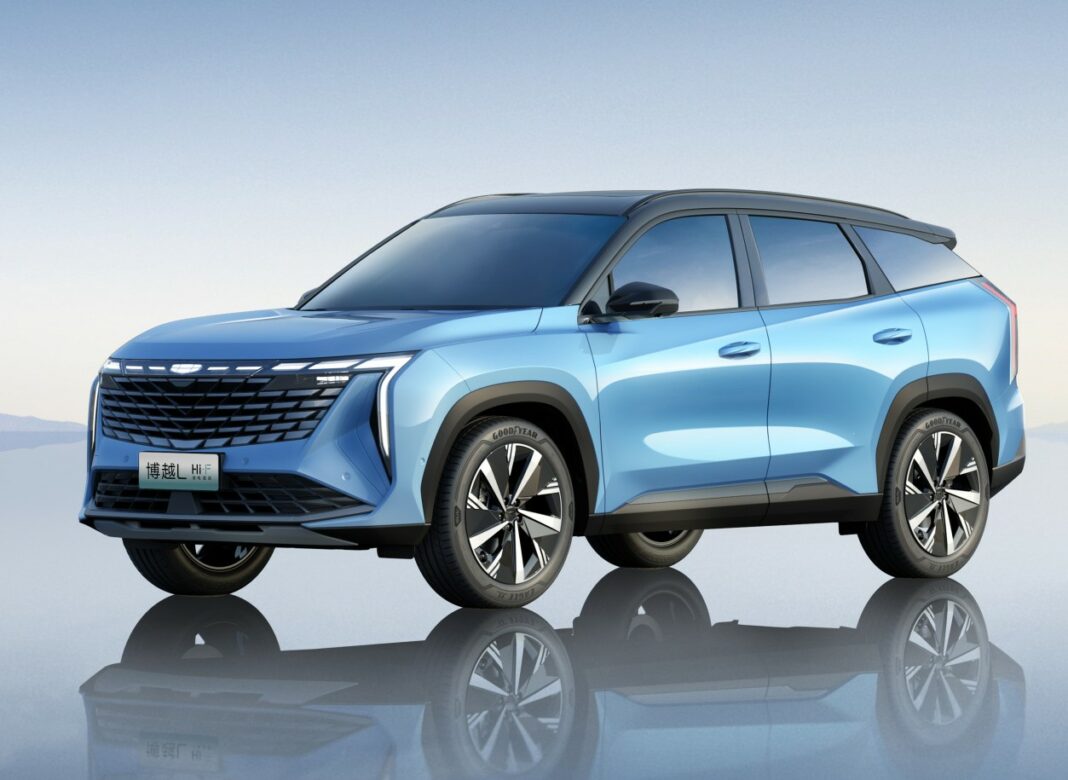 This is the Geely Boyue L, a new compact SUV that will slot between the Geely Boyue and the Geely Xingyue L. Well, one can never have enough SUVs in the Chinese car market, right? The new Boyue L features an equally new design language that we will see on any upcoming Geely.

It has a striking design with a crease on the side that runs over the doors to the waistline and on to the D-pillar. It has a two-tone paint job with a black roof and black pillars, matching with the black bumpers and wheel arches. Geely went for conventional door handles instead for pop-out door handles, which are all the trend among Chinese automakers at the moment.

The LED daytime running lights are fully integrated into the grille, which looks a little bit Cadillac-esque. Size: 4670/1900/1705, with a 2777 millimeter wheelbase. The alloy wheels were especially designed for the Boyue L.

The Geely Boyue L will hit the Chinese car market in Q4. Geely has not announced pricing yet but considering its position between the Boyue and the Xingyue L we can guesstimate prices will start around 120.000 yuan (17.750 USD).