MG4 Mulan EV To Officially Launch On September 13 In China 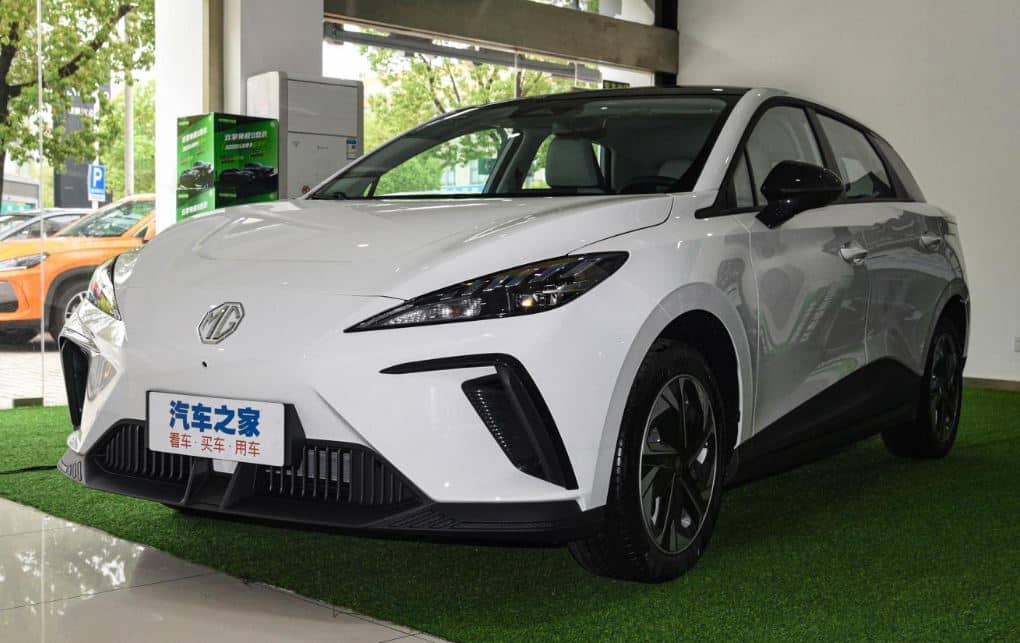 The MG Mulan (known as MG4 in Europe), a sporty all-electric hatchback, will officially launch on September 13 with four trims. Pre-sale already started on August 27 with only 9.9 RMB (1.44 USD) .

The blackened B and C pillars created a suspending roof effect.

The sharp headlights, sharp lines on the front face, and the large MG logo on the hood make the car highly recognizable.

The rear adopts a Y-shaped taillight design. The MG logo is displayed at the center. The large spoiler and diffuser make the car look sporty.

The interior offers three color schemes: black, black & gray, and red & white. The interior is equipped with a double-spoke flat-bottom steering wheel, a 7-inch instrument panel, and a 10.25-inch floating central control screen. The flat-bottom steering wheel further enhances the sportiness of the car. The center console comes with a wireless charging board and a rotary shifter. Other features include a 360° surround-view camera system, keyless entry, and an air purification system.

In terms of safety, the MG Mulan is equipped with a camera and a millimeter wave radar to support its level 2 driving assistance system.

Furthermore, the Mulan comes with two battery options: 51kWh and 64kWh. The battery is jointly developed by SAIC and CATL with a 1300mm width and 1690mm length. Mulan’s battery also comprises CTP (Cell-To-Pack) technology to provide extra protection to prevent thermal runaway. The battery is so compact due to the battery cells are located horizontally and are literally ‘lying’ inside the pack.