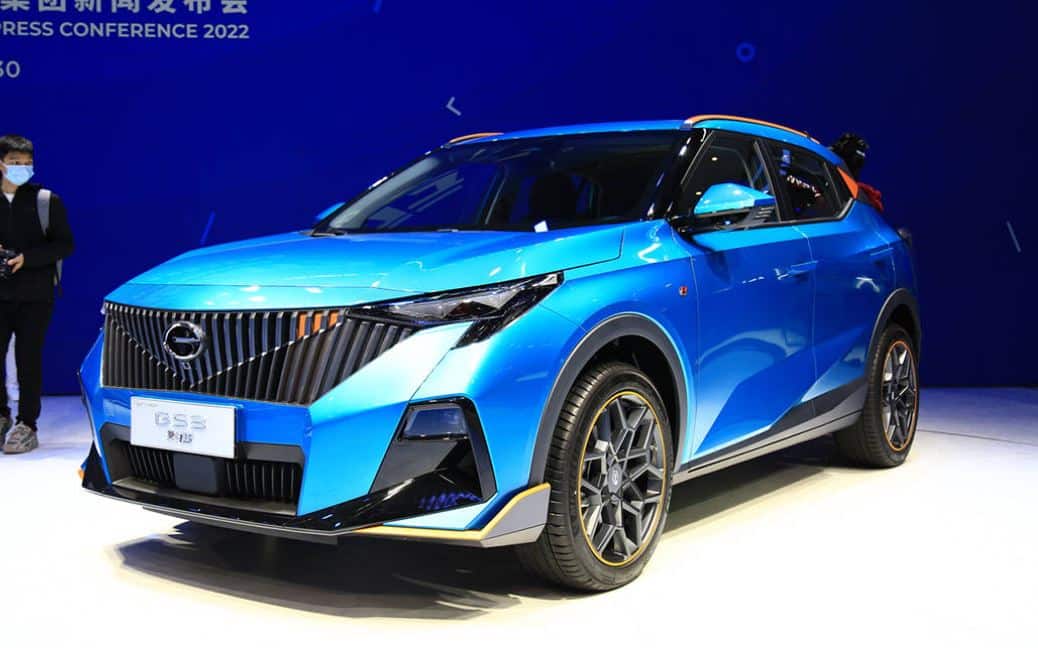 The new Trumpchi GS3 is based on GAC’s Global Platform Modular Architecture. Its official name is GS3·Ying(影)su(速). 影 means shadow and 速 mean speed. There are two versions: the standard and the sportier R model. As you can see, the sportier variant is decorated with orange details.

Sharp angles are all over the rear with lots of triangles in the lights, reflector units, bumper, and even the exhaust pipes, which further enhance the sporty and combative atmosphere of the car. The R has a wilder body kit, orange detailing, orange R badging, a diffuser, and two large round tailpipes in the middle.

The car uses hidden door handles and runs on multi-spoked black wheels with an orange edge.

A large area of the interior is white and decorated with orange details.

It has an LCD instrument panel that sits right behind the steering wheel. Next to the instrument panel is the central control screen. Under the screen is a pair of air vents with a hazard light button between them.

The car comes standard with a panoramic sunroof.

The center console has a wireless phone charging pad, a small monostable gear selector, and a pair of cup holders. The new GS3 adopts the steering wheel from the GAC Emkoo, which has three spokes and a D-shape. In terms of safety, the new Trumpchi GS3 is equipped with active safety assistance functions such as active braking, lane departure assistance, speed limit sign recognition, and object avoidance.

The trunk has a maximum volume of 341 L.