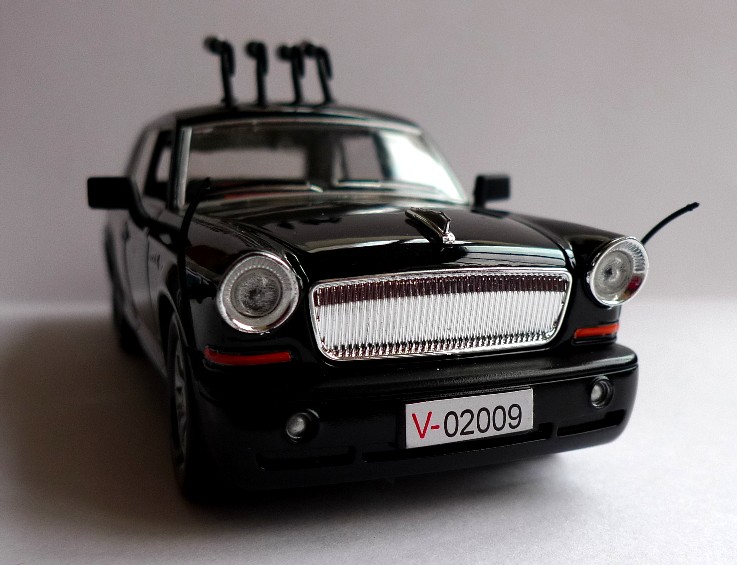 A very nice model of the now famous Hongqi CA7600L. Scale is 1:43, diecast, and I bought is for only 35rmb in a toy store near my home. For such a small sum the car is very wel detailled and everything fits together fine. A minor drawback are the flagpoles, mirrors and microphones. Cheap toys like this don’t come in boxes so parts that are vunarable are usually made of flexible rubber. Fine for sure but I couldn’t get the flagpoles to rise up again. 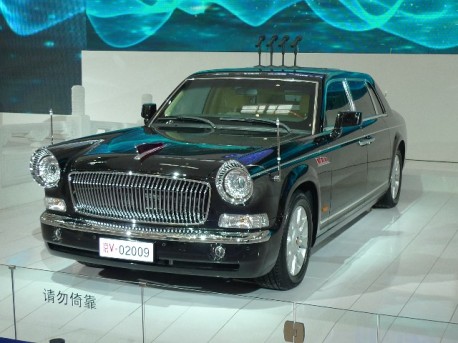 The CA7600L at the Beijing Auto Show. This is the very car used by president Hu Jintao at the 1-October militairy parade in Beijing. 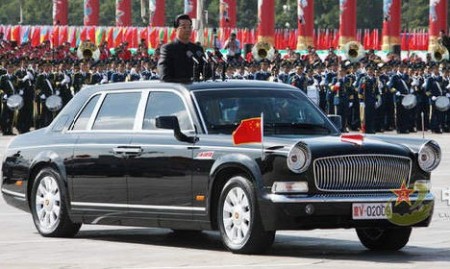 Here he is, wearing a traditional ‘Mao-suit’. These suits are by la way no longer cheap and made of horrible materials. New Mao-suits can be tailor-made and prices range to thousands of dollars.

Hu Jintao inspected the troops, technically before the actual parade begun. He drove up and down the street where the troops were waiting while shouting things like “Are you ready to defend the motherland?” trough the microphones. The soldiers would answer “Yes!!!” and so on and on.

The microphones streamed the sound wireless to speakers all around Tiananmen and trough television to all China. It was very silent on the streets in Beijing during Hu and the parade. I watched the proceedings at a shopping center down town that has a huge tv-screen outside: Hu in the CA7600L inspecting the troops. 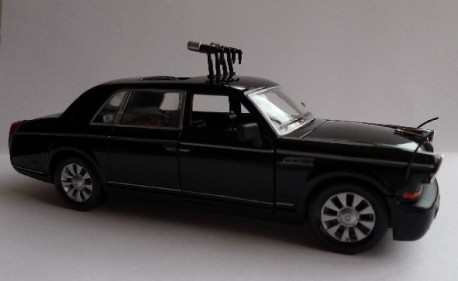 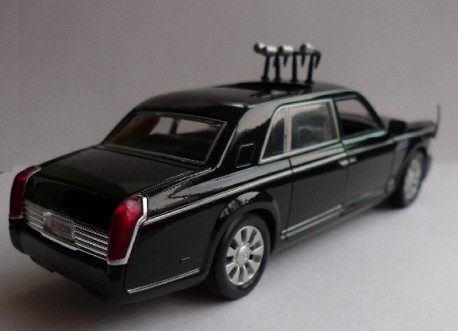 The chrome is nicely done although not very shiny. It can’t be because it is made out of rubber again instead out of plastic. Guess it saves money as well. But scale is all right everywhere and parts come together fine. 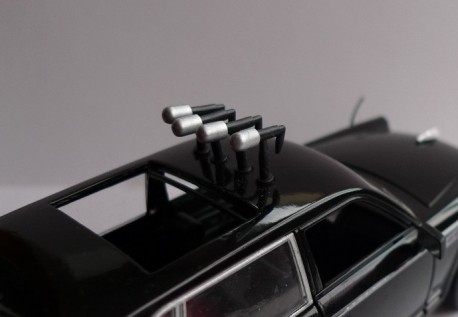 Rubber indeed. A presidet stands trough the open roof and holds the handbar just in front of the microphones. The 2009 parade was the first time four microphones were used, at the ’99 parade and others before it was either three or only two. 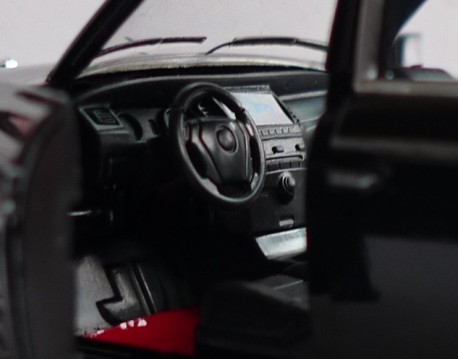 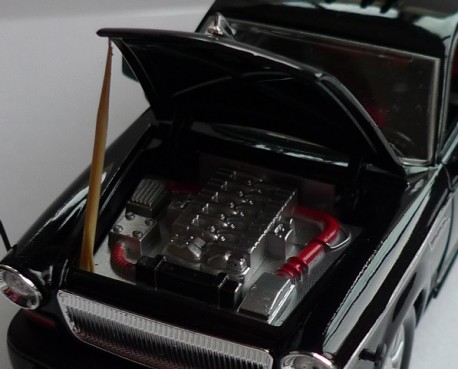 There is no mechanism to keep the hood open so I used a part of a tootpick. A used one that is, we all have to help to save mama earth. Mighty V12 seems turbocharged, the real one isn’t, as far as I know. Nice red touches again. Good model, good car.