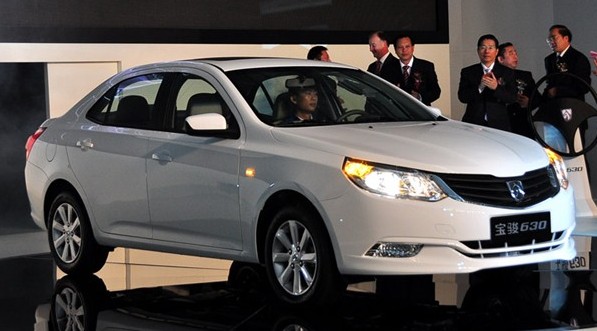 General Motors Co and its Chinese partner SAIC Motor Corp Ltd plan to have more than 100 dealerships ready in China for its newly-created Baojun brand before the first car hits the market in the first half of next year, a senior GM executive said on Tuesday.

“We will set up a new sales network dedicated to Baojun,” Matthew Tsien, executive vice-president at the venture, told Reuters in a telephone interview. “We have a staged plan for Baojun dealers. Obviously we will grow as the portfolio grows and as the volume of sales grows, but initially will probably be in the hundred-plus range in terms of dealer numbers.”
The dealers would be mostly in smaller cities, which have started to replace large coastal cities as major growth drivers in the world’s largest auto market, he said.

In coming years, SAIC-GM-Wuling will roll out a full line-up of Baojun passenger cars to compete with local players, such as Chery Automobile, which currently dominates third- and fourth-tier cities, company executives have said.

GM, which made a triumphant return to Wall Street last week, holds 34 percent a stake in SAIC-GM-Wuling, a three-way tie-up between GM, SAIC and Guangxi-based Liuzhou Wuling.

In a recent filing to the US Securities and Exchange Commission, GM said it had reached an agreement with its partners to raise its stake in SAIC-GM-Wuling to 44 percent.