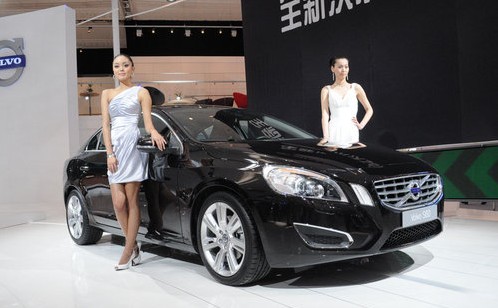 Li Shufu, chairman of both Zhejiang Geely Holding Group and Volvo Cars, has persuaded Volvo’s top brass to build three Volvo plants in China, the company said on its website over the weekend. Volvo board and management agreed to make China Volvo’s second largest market and plan to build plants in Chengdu, Shanghai and Daqing, Zhejiang Geely said Saturday on its website.

Li and the Swedish auto-maker’s management are divided over future expansion plans until Volvo is out of red, according to earlier media reports. No timetable has been released. The board of Volvo Cars held its regular meeting in Gothenburg Thursday and rubber-stamped the strategic direction of Volvo’s growth strategy in China.
They also requested the China team to continue development and submit a detailed plan for discussion and approval at the next board meeting.

Volvo China spokesman Ning Shuyong, who also works as an assistant to the chairman of Zhejiang Geely, told the Global Times that the final decision will be made next spring.

The plan will be based upon a thorough analysis of which models to build in China and which to import, anticipated volumes and the local production capacity to deliver these cars, said Li in a statement on the Volvo website.

Media reports indicate Volvo might place its first China plant in the southwestern city of Chengdu, with the other two to materialize afterwards, instead of building three at the same time.

The board agreed that taking over an existing Zhejiang Geely factory in Chengdu and converting it to produce Volvo cars would be the cornerstone of Volvo’s China strategy, Bloomberg said Friday, citing Marko Peltonen, a board member.

The factory will only produce Volvo cars, according to Bloomberg.

Local media reports dated back to August said Zhejiang Geely plans to produce the Volvo S60 sedans at its existing plant in Chengdu.

Compared with building a new plant, producing Volvo cars in an existing plant is an easy way to (satisfy) Volvo management, who are reluctant to expand before the company turns a profit, independent auto analyst Jia Xinguang told the Global Times.

China’s central and western regions are considered the catalyst for future development of China’s auto market.

Ning declined to disclose a timetable for Volvo plant construction in China.

Zhejiang Geely finalized the Volvo purchase in August, seeking to produce 600,000 Volvo vehicles in China over the next three to five years.