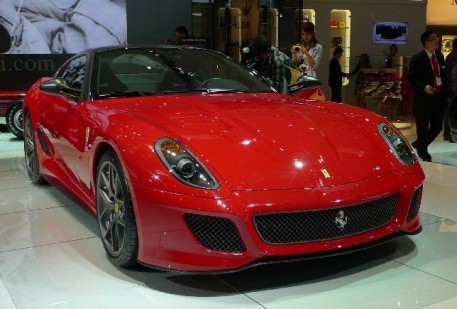 China is the promised land for automakers today, not only for the mass market ones that want to tap into the huge population and growing affluence, but for the premium and exotic marques as well, which are racking up record sales. Maranello sold close to 300 cars in China last year, an increase of nearly 50% compared to 2009 and its best ever haul since exports to China begin.

And if you figure in the sales figures for Hong Kong and Taiwan, “Greater China” becomes one of the top five international markets for Ferrari, which is amazing when one considers that an official network has existed for only six years in China.

The brand’s 999th client will be the centre of attention of a special celebration in Shanghai next week. The number is auspicious as the number nine is considered lucky and represents longevity in China.

Special attention to China is paying off for Ferrari. New dealerships in various cities will join the current 10 in the next few months, and 2011 will see the start of the first Asian championship in the Ferrari Challenge single-make racing series. The Prancing Horse brand also displayed its HY-KERS laboratory vehicle at the Shanghai World Expo (in the Italian Pavilion) and gave the 599 GTO its world premiere at the Beijing Auto Show.

Other initiatives include a scholarship programme for students from the Automotive Engineering faculty of Tsinghua University. Lucky undergrads got a stint at the Politecnico di Milano and scored internships at Ferrari’s factory in Maranello. The programme will continue in 2011, financed by proceeds from the special one-off 599 GTB with antique Ge Kin porcelain design from the Song dynasty.