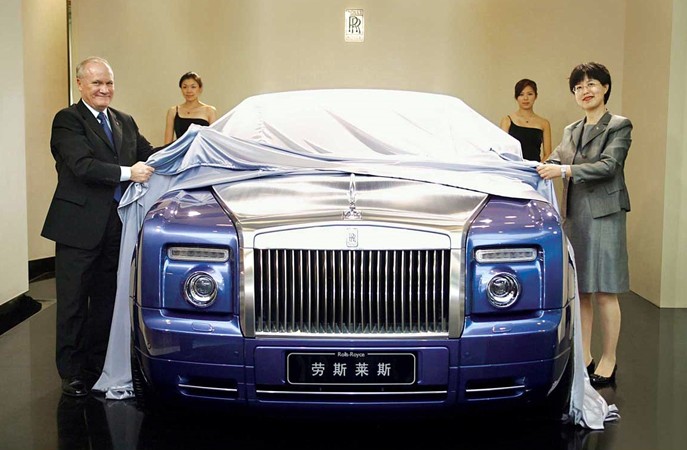 China has now overtaken the UK to be Rolls’ second- biggest market after the US, while Asia-Pacific is the biggest region thanks to strong growth in the UAE, India, Korea and Japan.

In 2010, 2,711 cars were sold in total, the highest level since new Rolls cars re-emerged under BMW ownership in 2003. The total is 171pc up on 2009 sales and more than double 2008’s previous record of 1,212.Rolls cars have a rich heritage in the UK, with Prince Charles and the Duchess of Cornwall using a classic Rolls-Royce Phantom VI on the night their convoy was attacked by rioters. That car had been with the Royal family for more than 30 years and the prestige associated with the brand has made Rolls popular in Asia.

Demand in 2010 was also fuelled by a new model, the Ghost. The car has been designed to be driven primarily by its owner, as opposed to the chauffeur-driver Phantom, and 80pc of buyers have never owned a Rolls car before.

However, Phantom sales also held firm as bespoke sales rose to record levels, according to Rolls. Bespoke models allow the customer to personalise various features, such as unique exterior paints and internal stitching.