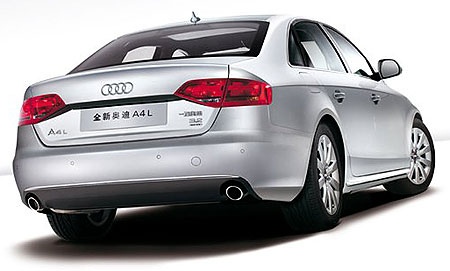 Dominique Boesch, general manager of Audi Sales Division at FAW Volkswagen, talked to China Daily about Audi’s plans for the future in China. More Audi’s will be made locally, Boesch however did not say which ones. Good guess: the A1 goes first. Read on for the interview:

German luxury carmaker Audi AG plans to further localize production in a strategic move to meet its ambitious target – selling 1 million cars in the world’s biggest auto market over the next three years.

But he did not reveal what new models will be produced in China.

The joint venture FAW Volkswagen now builds the Audi A6 and A4 sedans and Q5 SUV, as well as a couple of Volkswagen models.

Analysts say Audi’s smaller A3 and A1 models are likely candidates for local production amid mounting competition from major rivals BMW and Mercedes-Benz, which both have plans to assemble more models in China.

The robust performance maintained Audi’s two-decade reign in the luxury car segment. The country became the brand’s biggest single market for the first time, followed by its home market Germany.

Boesch said Audi plans to introduce four new models in China this year, including the revamped locally made A6L, and imported A8, A7 and A1.

The all-new top-notch A8 will be officially marketed in China next month.

Zhang Xiaojun, executive deputy general manager of the Audi Sales Division, said the brand will reach its goal of selling 1 million vehicles in China in the next three years if it maintains annual sales growth of around 20 percent.

Zhang added that the carmaker has not registered growth below 20 percent for several years.

Both Boesch and Zhang emphasized that Audi is committed to localization along the “full value chain”, including R&D, parts sourcing, production and sales.

Zhang said 60 to 65 percent of parts used in Audi’s locally made models are procured in China, a much higher ratio than its major competitors.

Audi also locally sources parts worth about 2 billion yuan for its production in other markets each year, he said.

Zhang said Audi had 179 dealerships in China by the end of last year, the biggest sales force among luxury carmakers.

The carmaker said it plans to increase the number to 500 without giving a timeframe.

Boesch said Audi aims to maintain its No 1 ranking in sales, brand value and customer satisfaction through advanced products, a progressive brand image and expanding networks.

Overall luxury vehicle sales in China jumped 68.7 percent to almost 676,000 units last year from 2009, according to data from Audi.

Boesch said there is still huge growth potential in the luxury vehicle segment.

“But I am prudently optimistic about the market in 2011 as there are also some negative factors, such as rising fuel prices, inflation pressure and limits on car purchases in Beijing,” he said.

At the end of last month, Beijing municipal authorities announced that only 240,000 new vehicles would be registered this year in the city to ease escalating traffic jams.

The figure is less than one-third of 891,000 new vehicles registered last year.