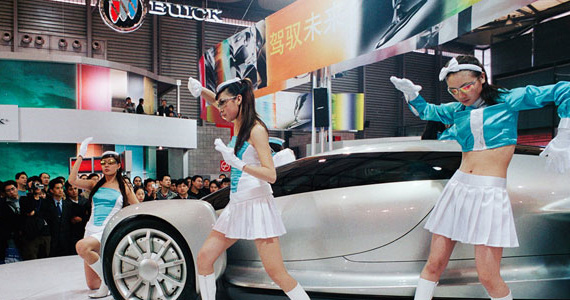 Auto output rose 11.33 percent from a year earlier to about 1.8 million units, said a statement from the CAAM. Growth of auto sales slowed from 17.9 percent in December, when auto output was 22.3 percent. The slower growth was attributed to the end of government incentives and new limits on car purchase, the CAAM said.
The government ended tax breaks for purchases of small cars at the end of 2010 and reimposed a 10-percent tax at the beginning of this year. The tax breaks, introduced in 2009 to buoy domestic demand amid the economic slowdown, had boosted China’s auto market and helped it overtake the United States as the world’s largest in 2009 and 2010.

However, the boom has worsened traffic problems in some major cities. Beijing launched a quota system to limit new car licences from Jan. 1. Only 240,000 new cars will be registered in the city this year, compared with 800,000 that took to the streets last year.

“Although some stimulus measures have expired, the foundation of China’s auto industry has not changed and market demand remains robust,” the CAAM said.

The statement said sales of passenger cars, including sedans, sport utility vehicles and multi-purpose vehicles, climbed 16.2 percent to 1.53 million in January. The rise in December last year was 18.6 percent.

Output of passenger cars reached 1.4 million in January, up 12.39 percent year on year, according to the CAAM.