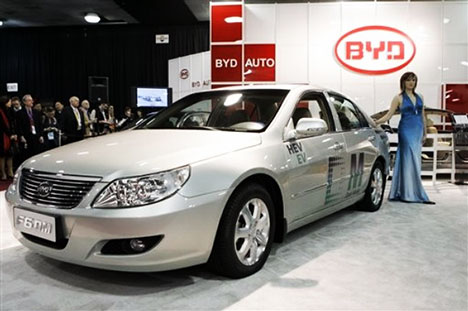 BYD Co Ltd, backed by the US billionaire Warren Buffett, denied an earlier report that it is implementing a staff reduction plan, caijing.com.cn said, citing a Feb 28 report by Hong Kong media.

BYD Spokesman Lin Mi told the Hong Kong media he had never heard of the staff-reducing program, but admitted that employees may be transferred to different departments within the company.

Another insider from BYD said some workers who proved to be below the occupation standards in the year-end assessments may be eliminated, which should be considered a normal situation.

BYD started reducing its staff around the Spring Festival holiday. Two thirds of employees have been fired in some vehicle sales departments, the Beijing-based Economic Observer reported Feb 26.

It also said over 190,000 workers have been recruited by the auto maker in mid-2010. Still, it has never been reported how many workers serve its auto or IT business.