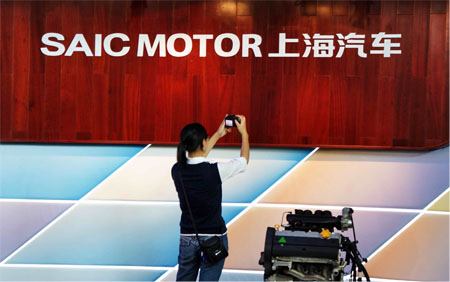 SAIC Motor Corp Ltd, China’s biggest automaker, expects its 2011 vehicle sales to rise by about 12 percent from 2010 as the Chinese auto industry is expected to grow at a markedly slower pace this year after years of explosive growth.

But Shanghai-based SAIC, the Chinese partner of General Motors and Volkswagen and owner of the MG Rover plant in Britain, does not expect the slower sales growth to dent its capacity usage or gross margins this year, President Chen Hong told shareholders on Friday.

“We were running at full capacity last year. Capacity utilization will not fall this year, as will gross margins,” he said.

“Sales for January and February were still very good. We maintain our view that growth will remain steady this year,” Chen said.

Industry vehicle sales are expected to grow at around 10 percent, he said.

Vehicle sales in China, the world’s largest car market, are expected to slow sharply this year following the government’s decision to strip away most of its incentives for the auto industry at the end of 2010 along with local governments’ steps to tackle traffic congestion, analysts have said.

Shares in SAIC and Huayu Automotive Systems Co, the two listed units of Shanghai Automotive Industry Corp, have been suspended from trading since Feb 14 pending major corporate announcements involving their parent, according to separate stock exchange filings on Feb 11.

SAIC expects to unveil details of the planned revamp by April 7, said Chen.

“The restructuring is aimed at further covering the industry value chain, which will benefit long-term growth of the company and maximize shareholder interest,” he said.

The trading suspension of SAIC shares has been extended several times over the past two months.

In a March 19 statement, SAIC said legal advisers and intermediaries had been appointed to conduct due diligence in relation to the planned restructuring.