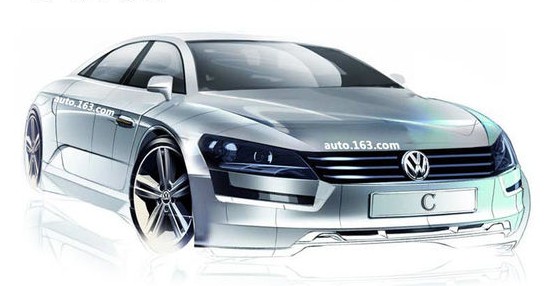 The Shanghai-Volkswagen joint venture will make a large C-segment sedan especially for the Chinese market to compete with locally made cars such as the FAW-Toyota Crown and the Chang’an-Volvo S80L. The rendering is made by Chinese automotive portal auto.163.com. The new car won’t debut before 2013. It will be more expensive than VW’s Passats and less expensive than the Audi A6L, that sets the price roughly between 300.000 and 360.000 yuan. Engines will likely be V6 only.