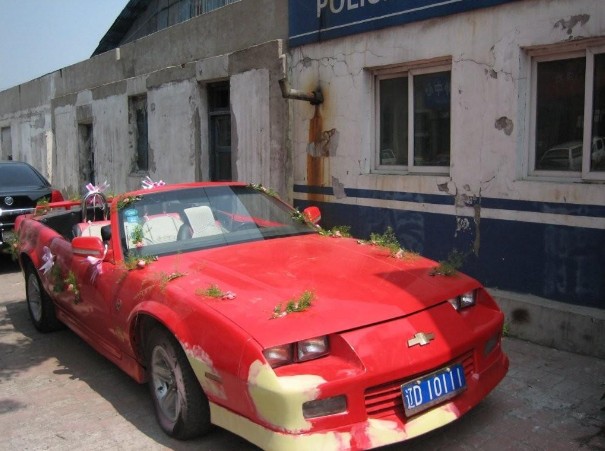 A self-made Chevrolet Camaro convertible seen in a street in the city of Dandong, Liaoning Province. Thanks for the pic to my good friend CvM who is traveling in the area. The 1980’s Camaro was never officially sold in China by GM, some though made it trough by grey import, smuggling or as ex-diplomat cars.

This example has its roof removed and two small rollbars installed. The owner seems to be working on the front bumper. The flowers indicate the car has been used for a marriage celebration. Good car for that indeed. Note the Camarao China-top is parked in front of a seemingly abandoned police station.