Chevrolet Tracker RS Is A New Performance Crossover For China 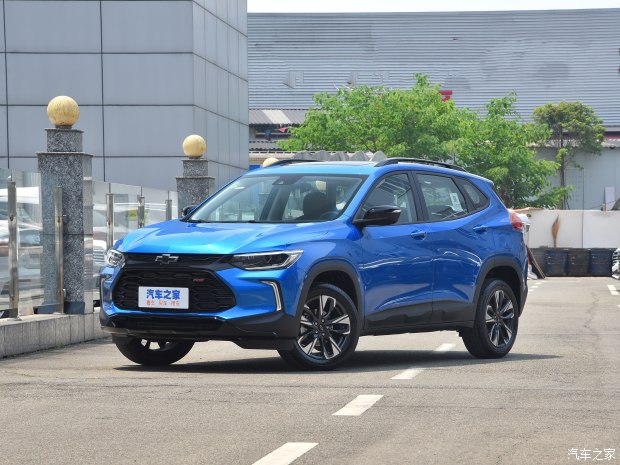 The Tracker RS is powered by an 8th generation Ecotec 1.5 liter turbocharged engine. Output is 184hp and 250 Nm. The engine is coupled to a CVT gearbox, sending power to the front wheels.

This will allow the car to go from zero to hundred kilometers an hour in 7.8 seconds. The fuel consumption of the Tracker RS is also quite remarkable, as it is 37 mpg or 6.35 liters per 100 kilometers.

The most notable aesthetic cues of the Tracker RS are its new grille finish with a three-dimensional mesh pattern and larger air intake. The red RS badge on the grille distinguishes the performance model from the other one. It is also found at the rear end of the vehicle.

There is also a panoramic roof, and 17-inch allow wheels.

A floating 10.25-inch dual screen has been introduced into the new model, and the center control panel has been turned 9 degrees for better driver access. Car connectivity will be made with the latest Xiaoxue Intelligent Operating System.

Android and Apple CarPlay will be standard options, while over-the-air (OTA) upgrades will also be done.

The new Tracker RS is Chevrolet’s attempt at getting in touch with the fun-loving customers in China. Its look seems as if the crossover means serious business, while the performance figures confirm this.

Outdated interior components such as the analog gauge cluster and small-sized center control screen have also been replaced with modern tech.

On paper, everything about the Chevy Tracker RS seems to be perfect. However, the response of the Chinese market will determine the success or failure of this sporty crossover SUV.