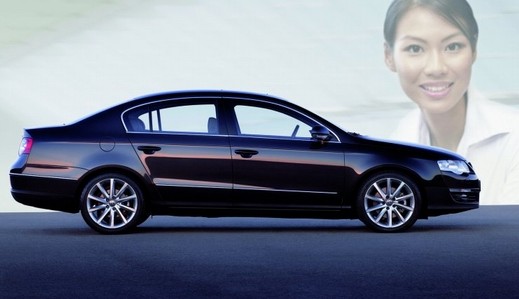 German carmaker Volkswagen recently announced that its two new plants have been approved by the National Development and Reform Commission, the country’s top economic planner.

The facilities will boost the auto giant’s annual production capacity in the country to 3 million units, said Karl-Thomas Neuman, president and CEO of its China operation.The new plants in Foshan, Guangdong province and Yizheng, Jiangsu province each has a planned production capacity of 300,000 units.

Earlier reports said that the Foshan facility will require an investment of 13.3 billion yuan in its first phase and is expected to enter production in 2013.

It will produce the latest-generation Golf, the company said. Discussions are underway with Audi to make some models of the luxury brand owned by Volkswagen.

“China has become the world’s biggest auto market, and has even greater potential in the future,” said Martin Winterkorn, board chairman of Volkswagen AG.

“Volkswagen Group will continue making advanced and environmentally friendly models in China. It will also expand production capacity,” he added.

In addition to the Foshan and Yizheng plants, the company said it will increase production at two other new plants – a SAIC Volkswagen plant in Nanjing and FAW Volkswagen facility in Chengdu – to 300,000 and 350,000 units respectively.

Over the first five months of 2011,VW’s passenger vehicle sales in the country accounted for 13.7 percent of the market, according to statistics released by JD Power.

Volkswagen and its Chinese partners delivered 1.92 million vehicles in 2010.

Its major competitor General Motors sold 686,000 vehicles in the period, a 10 percent increase over the same period last year.