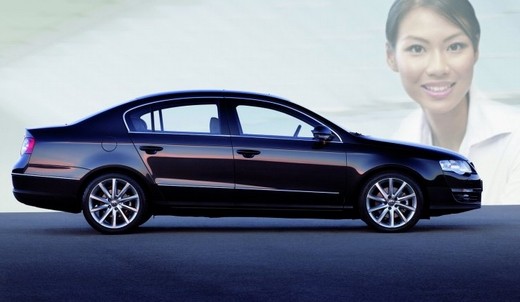 BEIJING – Karl-Thomas Neumann, president and CEO of Volkswagen Group China, said last week that the German auto giant will for the first time sell more than 2 million vehicles in China this year, up from the 1.92 million sold in 2010.

The target appears well within its grasp after the group’s sales in the nation climbed by 16.4 percent year-on-year to almost 1.11 million units in the first six months. The pace was faster than the 11.9 percent growth in the overall market in the period and boosted Volkswagen’s share of the passenger car market one percentage point to 19 percent.

“The constant gain in our market share reflects the fact that our Chinese customers appreciate our product portfolio very well,” Neumann said. All of the group’s brands – Volkswagen, Audi, Skoda, Bentley and Lamborghini – posted sales growth in China in the first half of the year.

Neumann reaffirmed the group’s aggressive plan to invest 10.6 billion euros ($15.2 billion) in China from 2011 to 2015. It also plans to hike annual production capacity from the current 2 million units to 3 million vehicles in the medium term. “Our sales in China are only limited by our capacity,” he said.

The group plans to launch six all-new models in the world’s biggest auto market every year until 2015. “China’s vehicle market will be stable and normal after the 50 or 60 percent growth over the past two years. Our forecast is 8 to 10 percent this year,” Neumann said. “Our investment plan is based on average growth of 8 percent.”

He said Volkswagen Group is confident the market will grow at the projected pace based on fundamentals including rising demand in second- and third-tier cities and the nation’s growing middle class.

“We will be able to defend and extend our market share in China,” he added. The Chinese government recently gave the green light for Volkswagen Group to build two new plants with its local partners FAW Corp and SAIC Co Ltd. Each of the plants will have a planned production capacity of 300,000 units a year.

The plant in Yizheng, Jiangsu province, part of Volkswagen’s joint venture with SAIC, will be operational at the end of next year. The factory in Foshan, Guangdong province, built with partner FAW, will begin production in 2013. “We will bring more environmentally friendly technologies to China – not only with our new products, but also in our new production lines,” Neumann said.